This has been the most variable event on the Club’s calendar. The Committee spent a fair amount of time thinking about cèilidhs, gatherings on the beach, party at Nevis Range and the Scottish Ski Club Hut on Cairn Gorm. We settled for the latter as it was central and it provided a good opportunity to check out the SSC Hut at the the bottom of the White Lady.

But to skiing first. We aimed for Ben MacDui.  Aimed is a good description as we couldn’t see the hill at any point during the day. Good Cairn Gorm clag called for reasonably good navigation and we made the top of the hill without too much bother but a huge amount of skinning. 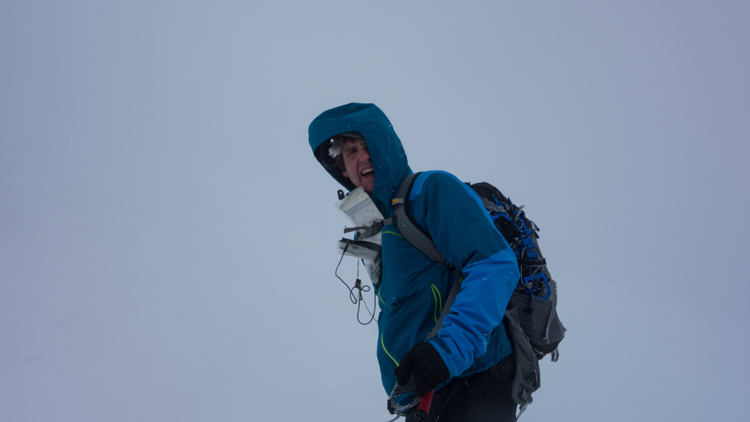 In fact we hardly did any skiing at all as we kept skins on for a lot of the way back, only removing them above the slope leading to the top of the Goat Track and that was like skiing down a washboard carrying a mangle on your back. 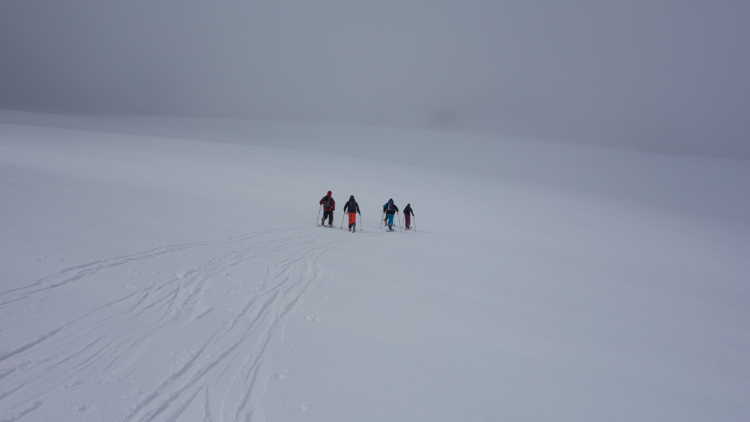 The best skiing was ironically down the headwall of Coire Cas and the piste itself which was in excellent condition. It was great to see others arriving at the foot of the White Lady at the same time as the Ben Macdui party. There was much anticipation for the feast that Troy was about to provide for us all. We weren’t disappointed! 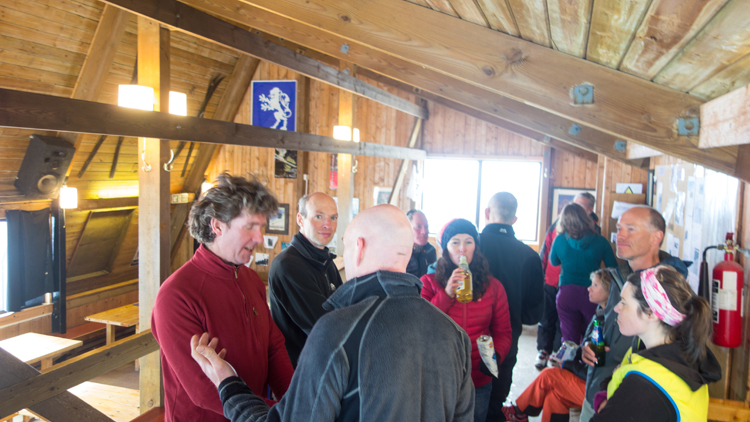 The SSC Hut is maybe not as well used as it was back in the hey day of the White Lady when the t-bar used to go up the left of the piste (looking up) and could be heard from Coire an t-Sneachda so loud was the gear box. Sadly no longer however and there has been much chat over the years about the effect the funicular line has had on the snow gathering capabilities of this part of the hill. Certainly the White Lady piste is narrower than it used to be and not the glorious descent it once was. It also seems that many don’t bother to ski it which is a shame as it’s a piece of Scottish skiing history and provides great terrain for practicing short radius turns. 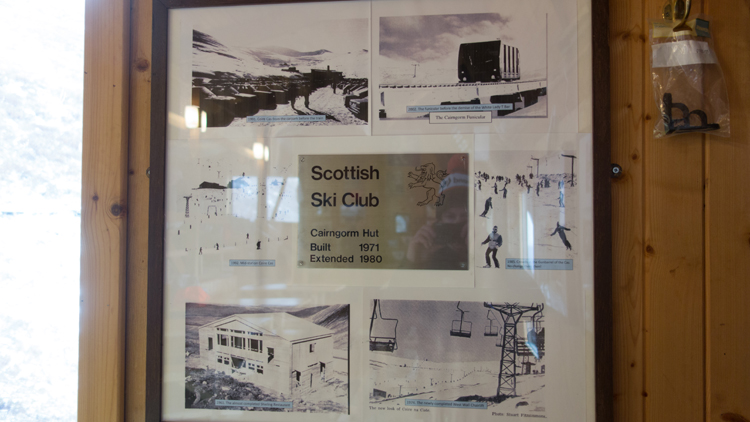 Inside the hut the Wardrops were busy preparing a feast for us all and had altruistically sacrificed their day to cater for others. Such generosity has been a hallmark of Troy’s catering this season and he is rightly congratulated for the quality of his output. No spit roast though.

The juices flowed along with the beer which Fiona had purchased. A good combination of bevvy was available and made use of. Troy thrust a throbbing mass of meat in our direction and we all gorged our gaping gizzards like hungry sparrows awaiting the next juicy worm. Then we ate cakes. 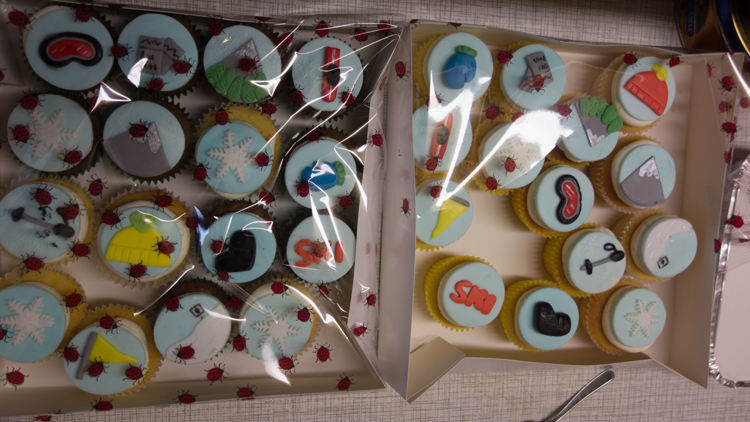 Half of the team repaired to the vans in the car park but lack of comms meant that the drinks had already left the site and were heading back to Inverness. It might have been a good thing in the end but we did have an excellent discussion about morse code and semaphore signaling which was thought to be a good fun way to communicate. 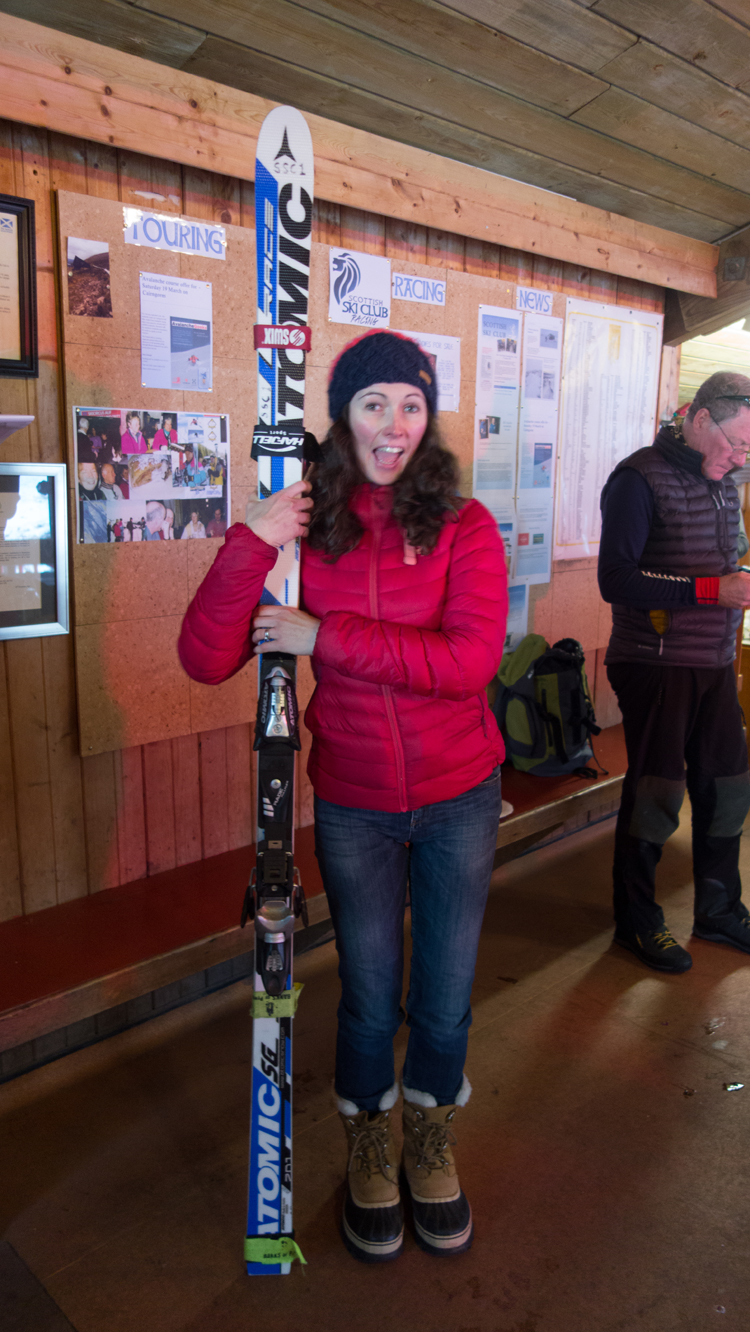 The SSC Hut is much bigger than we all expected and quite similar to an alpine restaurant. It’s big enough for at least 50 people and provided some good shelter in the weather. Had we been on the shore of Loch Morlich, things would have gone limp pretty quick.