The Grey Corries beckoned but the snow didn’t play ball and the mid week hairdryer did its worth on the lower bealachs. Fair enough really as the third week in April is a fairly optimistic time to be attempting a large ski tour such as the Grey Corries. Another time…but feast your eyes on a previous expedition at Grey Corries trip – 1st March 2014.

So we headed back to Aonach Mòr but resolvng not to give it pride of place on the day as we have skied there lots this season. Great times, but there are other places to go. We didn’t go that far in the end though but had plenty of adventure. 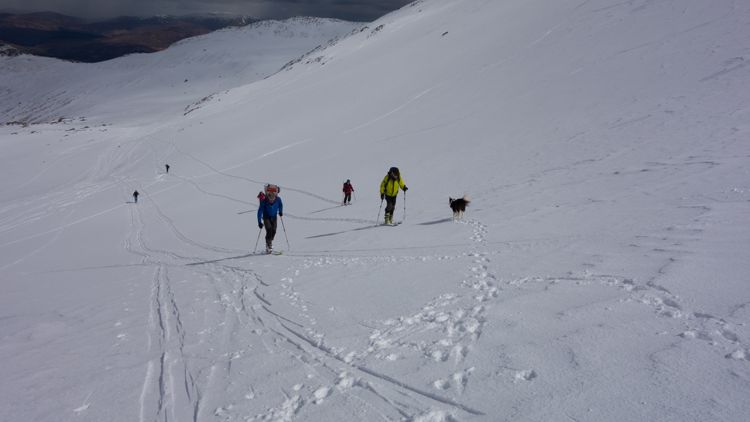 Graeme Ettle, in the 1996 series “The Edge”, said that climbing White Magic, at that time a test piece, was the same as walking in the Lake District but just that he had taken it to another level.  Proof here. That’s sort of how skiing has evolved in the intervening years – a huge jump in standards as confidence, access to the sport and equipment has improved. This was no showcase of the cutting edge of skiing though. 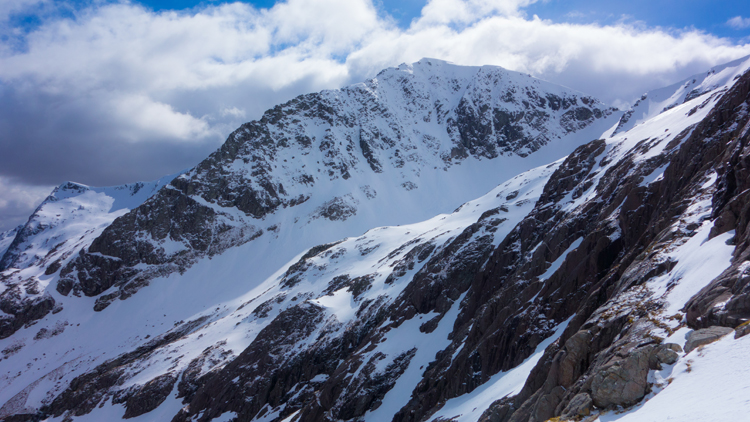 Our juices flowed uphill though to the bealach, often visited, near Summit Gully. Our plan was to descend to the gully to the bottom of An Cùl Choire (The Back Coire) and then skin up under the north face of Aonach Beag and return by Aonach Mòr. 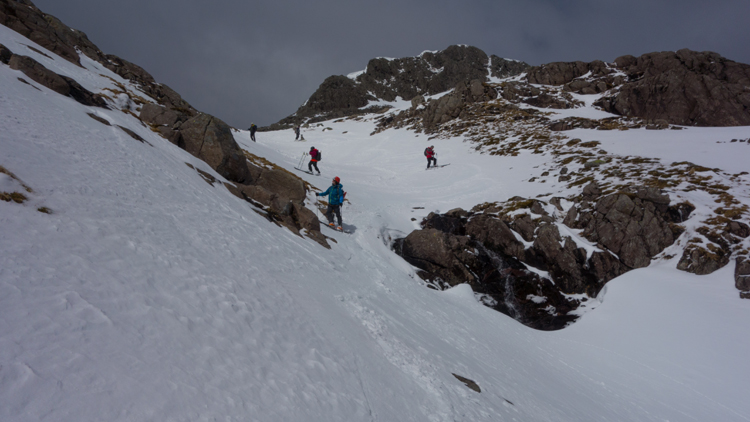 Skiing down the gully from the bealach went well and it really brought home the alpine nature of Aonach Beag with its big glaciated slabs and interesting terrain which needed care and respect. Aonach Mòr is friendly, Aonach Beag is aloof and much more threatening with its large cliffs and more remote feel. But ski here with your mountain head on and you will have fun. 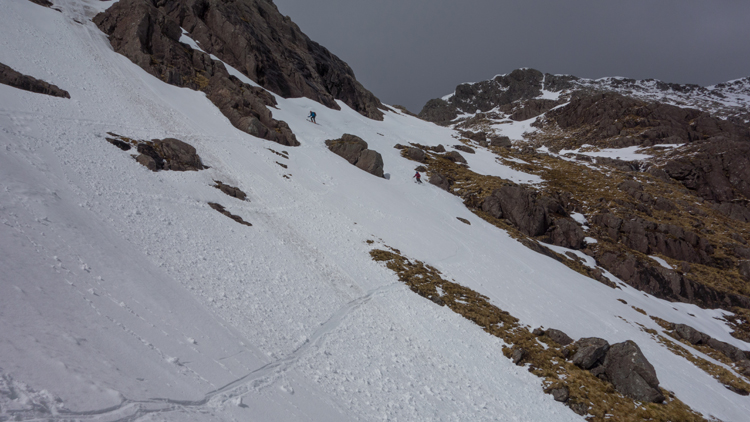 Down we went and in classic style. Whilst communication had been thought of and radios with the party, the two people with the radios stayed together meaning there was no way with communicating with anyone else once we split up. Not everyone was up for the really rocky and narrow bits and decided to skin back up the great snow from half way down. A good decision if your watch was working and you like gondolas… 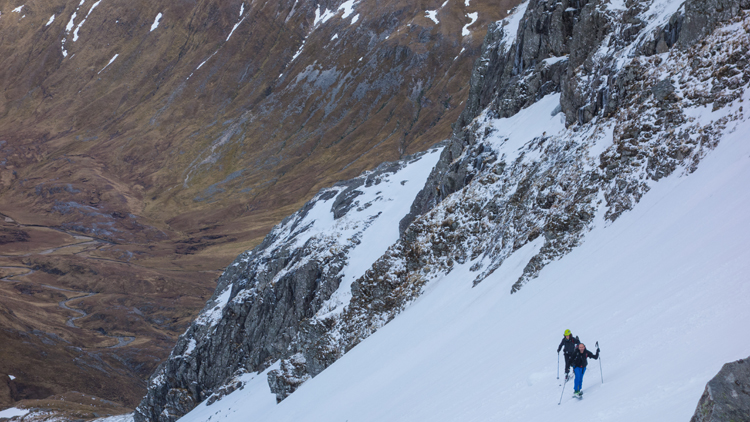 The rest of us continued down, with a great sense of urgency now and quickly put our skins on for the ascent. The first bit was actually scrambling up a steep crag to gain the snow above. No easy route-finding here! 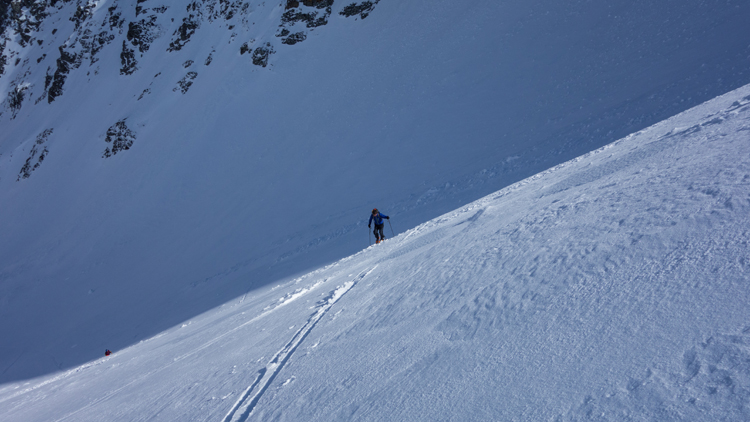 Skis back on and the north face of Aonach Beag made itself felt above us and on the snow. Where there had been no sun, the snow was hard and the skinning tentative. Ski crampons can be a confidence booster in such settings. The ascent brought us to a hanging coire, just below the final steepening which looked to be fun.

Crampons are handy in these situations but if you don’t have any, why not take along Mike who can follow you up and provide lots of support? The final steepening proved to be fun and heightened the senses but everyone survived ok. Another quick change over, it now being 1640 and last gondola at 1700, and we raced to the summit of Aonach Mòr.

Some of the party spent time on the summit look at the views down Loch Linnhe, along Loch Eil and to the Ben. Skye, Knoydart and Mull were all visible as was Cairn Gorm. A great view point of the best places in the world. The next time you are in Tignes, Les Trois Valles, St Anton or anywhere else, tell people about this view and our home.

I have walked down from the top of Aonach Mòr to the car park twice, after climbing on Aonach Beag or Aonach Mòr. It’s not a massive walk but one to be avoided if you can, so I skied the worst snow of the day, the pistes, and just made the gondola. Faff factor rewarded the faffers with a scenic route back to the cars whilst I supped on my pint of Tennent’s…  Donald Morris.