The first weekend trip of the season saw the club staying in the cosy Glen Feshie Hostel. Despite it only being the start of December we were able to enjoy some early season turns and training.

One group of club members attended a winter skills course, which was hosted by Jim Sutherland who is an experienced local mountain guide. This group walked into Coire an t-Sneachda where they were able to brush up on moving safely with ice axes and crampons. They also had the opportunity to work on their navigation. 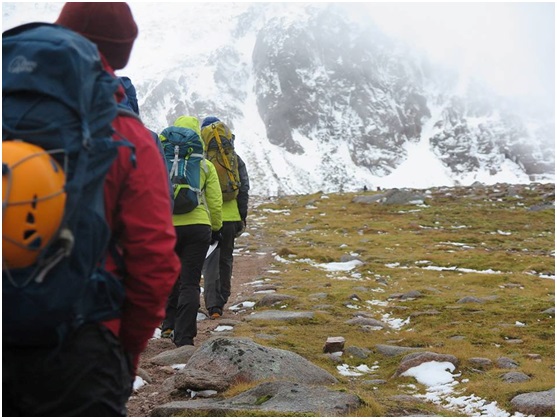 The other group made the most of the snow conditions and headed up Coire na Ciste where they were treated to lovely spring like snow which provided over 400m of descent. The snow depth in the Coire had reached a significant depth due to windblown snow. After completing the descent John discovered that he was without one of his hiking shoes. No one needed any persuading to do another lap to the top of the gully. 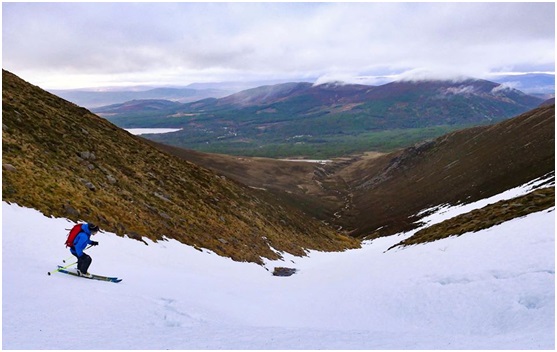 After a fun day on the hills we enjoyed a full home cooked Christmas dinner with all the trimmings. We were also treated to live acoustic music. On Sunday we had a full cooked breakfast and many of us returned to Coire na Ciste to make the most of the best snow in Scotland!