Back to the Ben!

Back to the Ben!

To all those who were too busy exploring the high latitudes, taking advantage of cheap flights to the med, busy mountain biking or had hung up their skis for other questionable reasons let me say, you missed out.
You may have seen the forecast for torrential rain at all levels, you may have questioned this year’s snow pack but let me tell you The Ben never disappoints.

With the sun setting on a stunning dry period in the west highlands it was a delightful moment to take the long winding path to the north face of Ben Nevis. I say long, but Rachel got a lift from her new pals J & U (more on them later) to the top car park and Graeme raced up on his E-bike. That left a long walk for Chris and then sometime later, Alasdair and I. Later because a beer or two may have been enjoyed at that excellent of benches looking down on the fort. 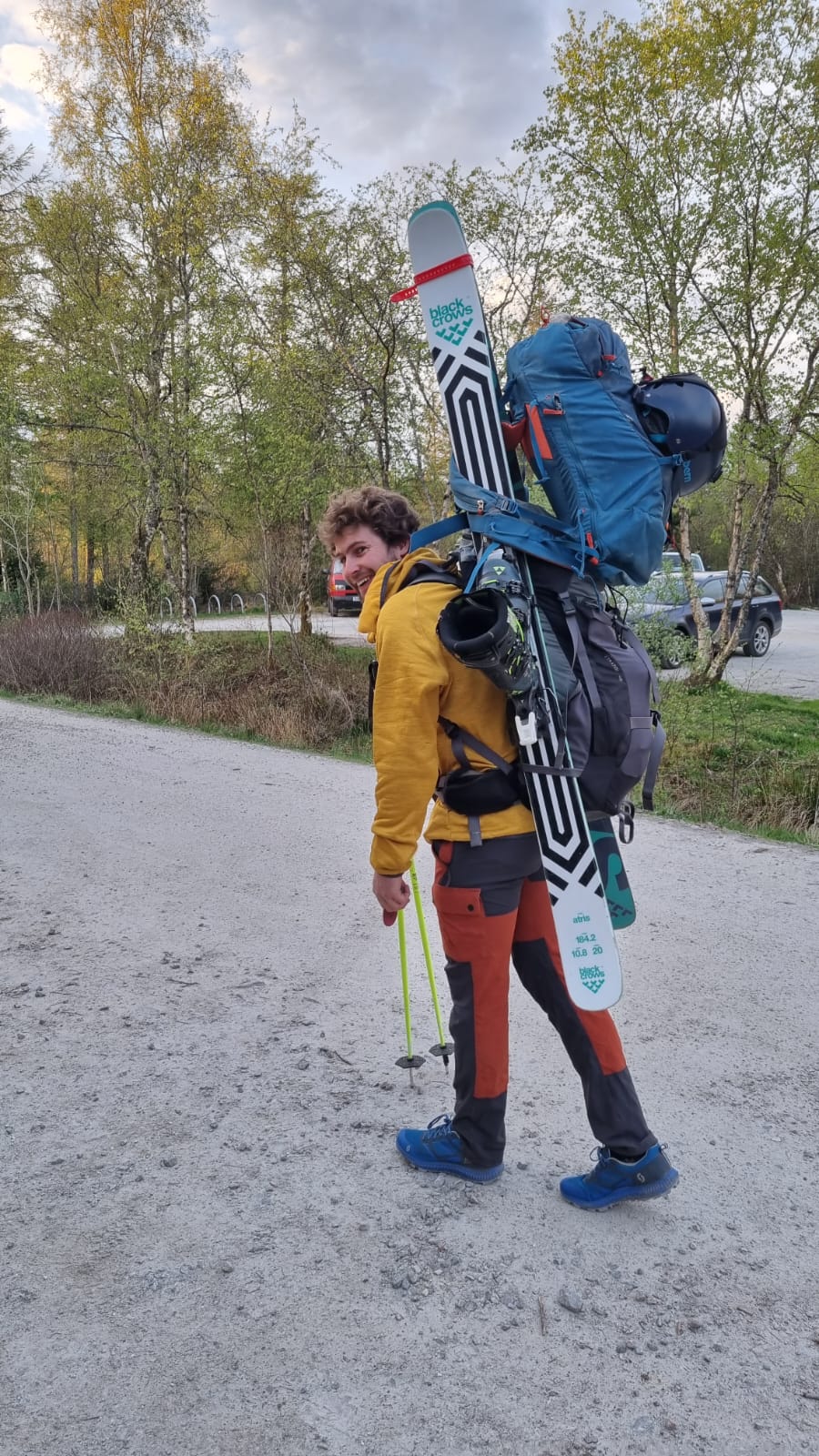 While we wondered how long we should give Rachels friends J & U to ski Tower Gully in the dark we enjoyed an excellent dram of Dalwhinnie Winter Gold provided by the hut we made plans for our ski on Saturday. J & U eventually put our minds at ease and provided yet more stoke as they arrived after 10pm with tales of excellent snow and exciting climbs. They did however question why we were to skiing on the wettest day in months. We said we had a plan. 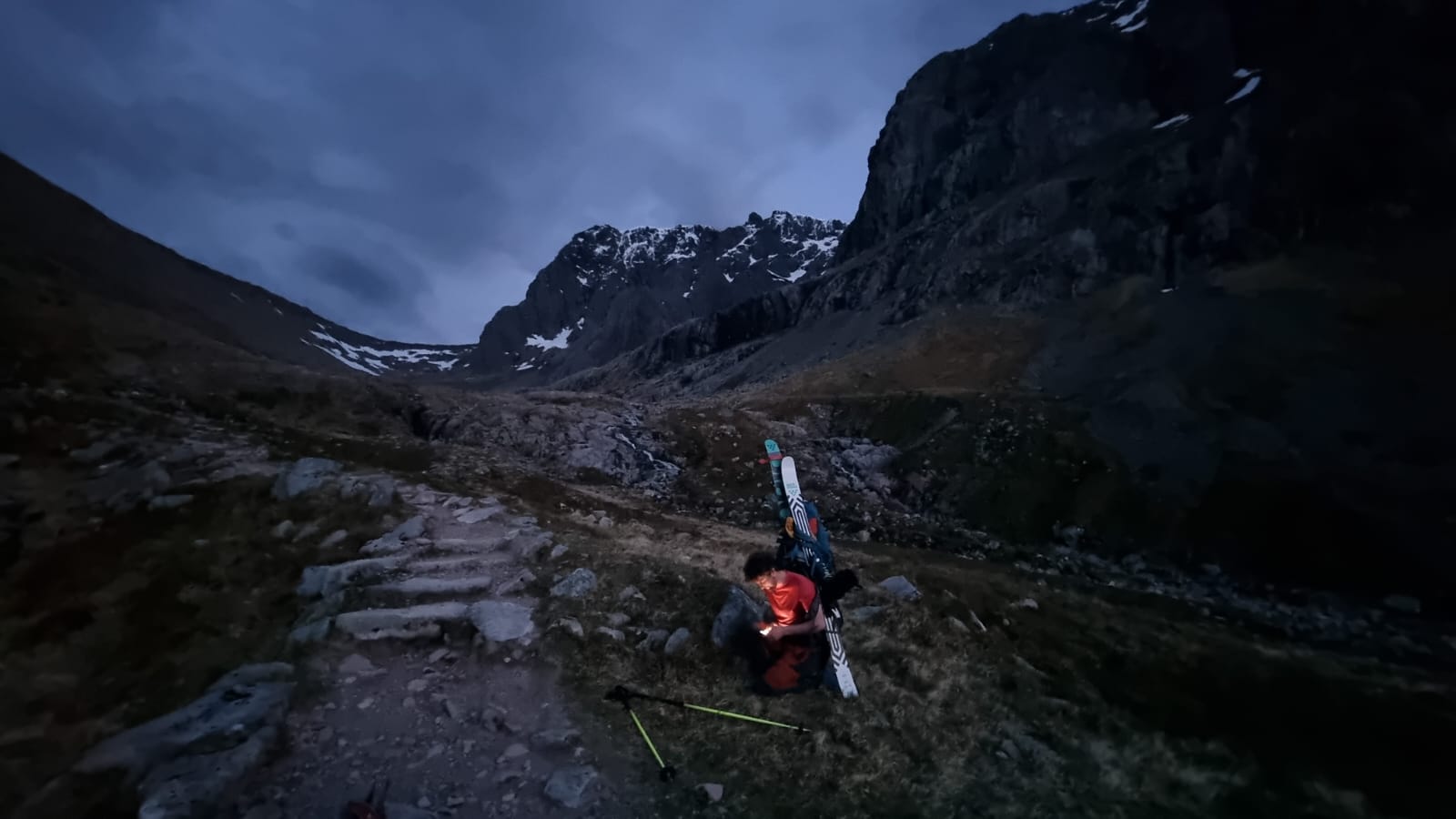 They did however question why we were to skiing on the wettest day in months. We said we had a plan.

Actually, we didn’t, we rolled our eyes and wished we’d come a week earlier. But you see. We were wrong. Saturday was epic. 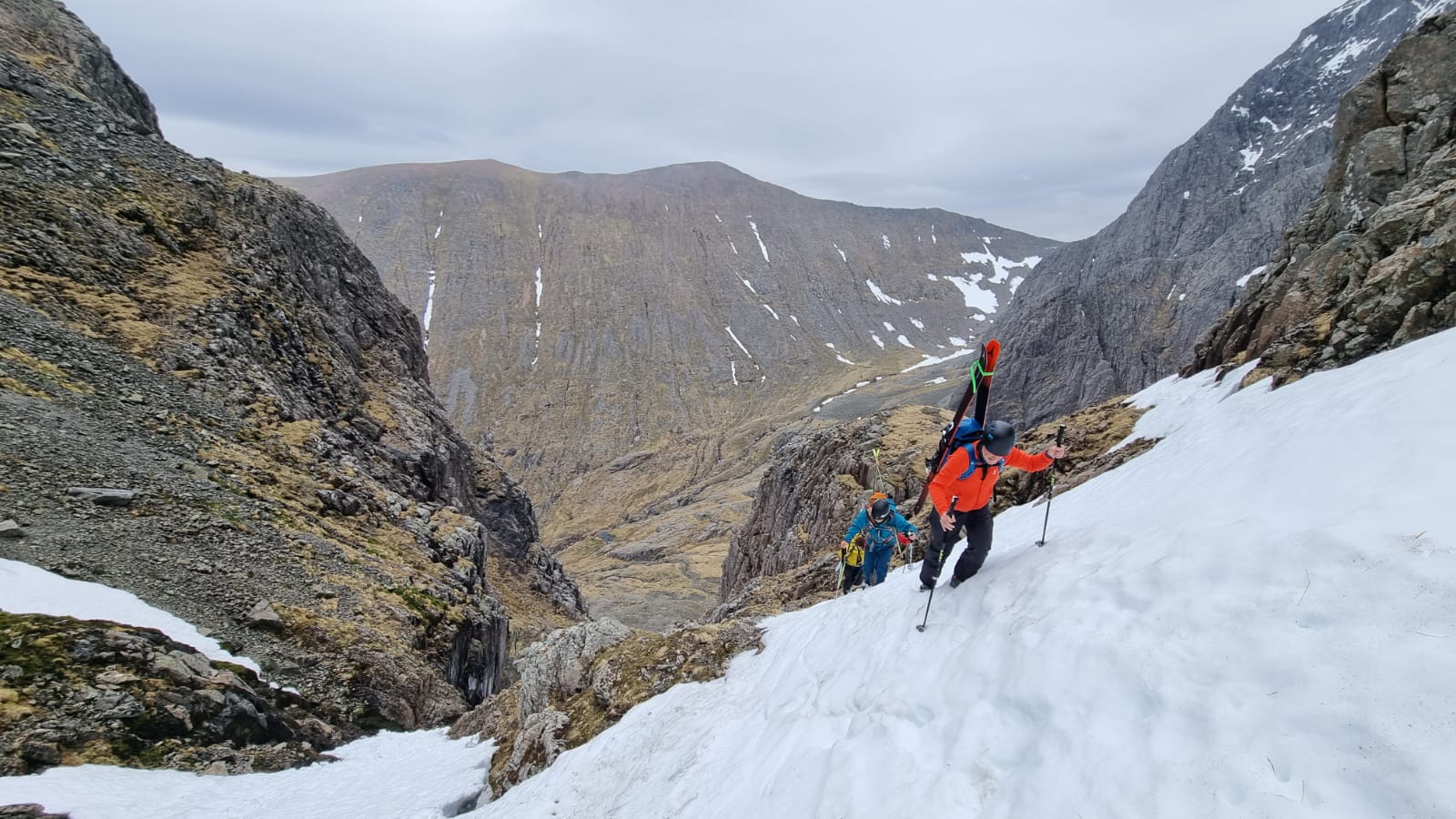 After quite breakfast at 8am we climbed up Gully no.5. The clouds were building above the Ben but it was dry and the viz excellent. The snow was firm but grippy and after picking our lines we had lovely ski picking our way through the bowl at the top of number 5. 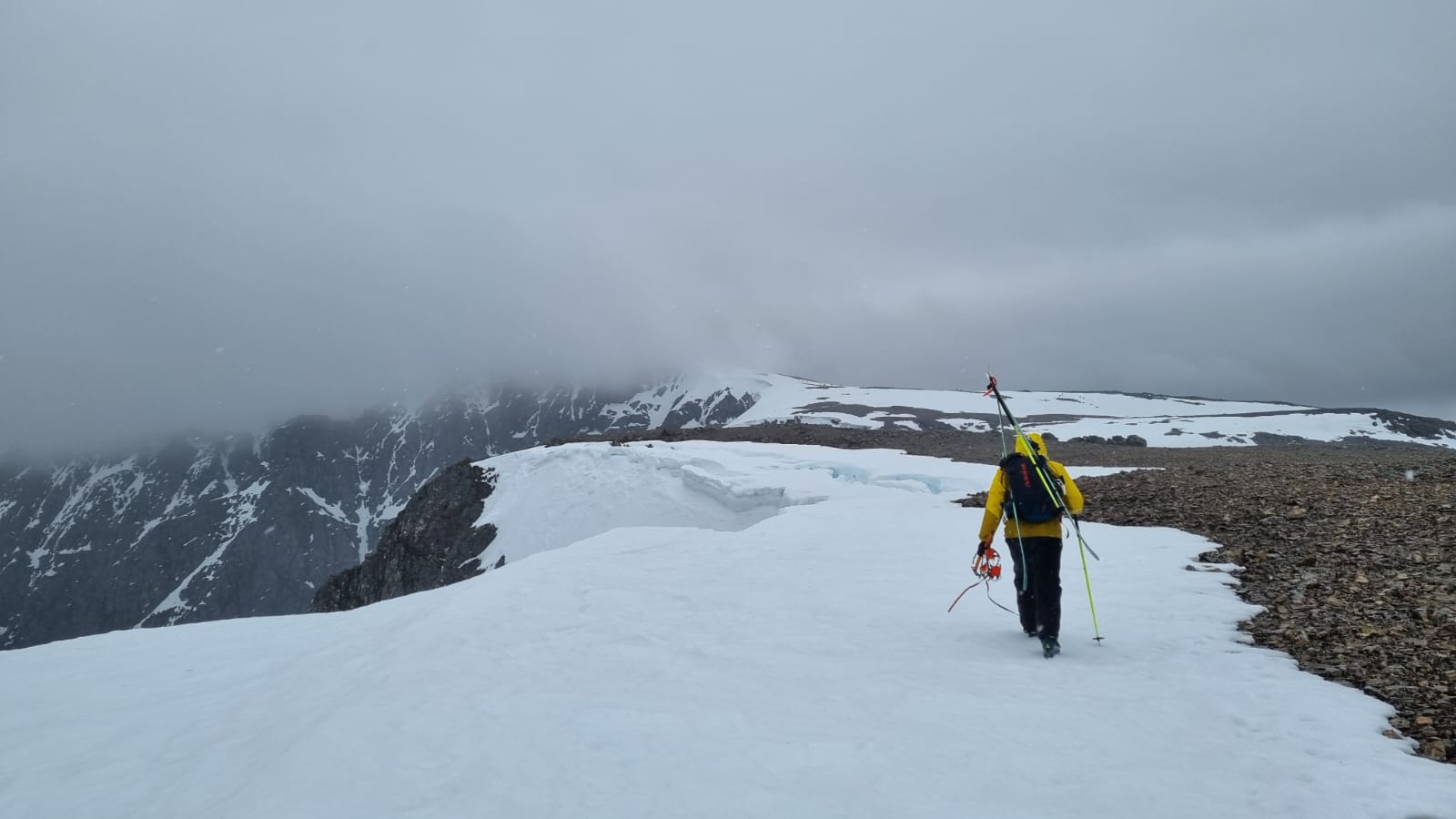 Then racing up for more laps before the rain we skied a very atmospheric number 4 gully. The snow was better there and the gradient allows the turns and smiles to grow. By this point there were suspicious drops in the air so we made hay and climbed up towards No. 3 gully. As we got higher however the rain got heavier and even the thickest goretext was giving up. So feeling skiing No.3 itself was excessive we enjoyed a final shred down coire na ciste gapping the bergschrunds and airing off that excellent wind lip by the lochan. 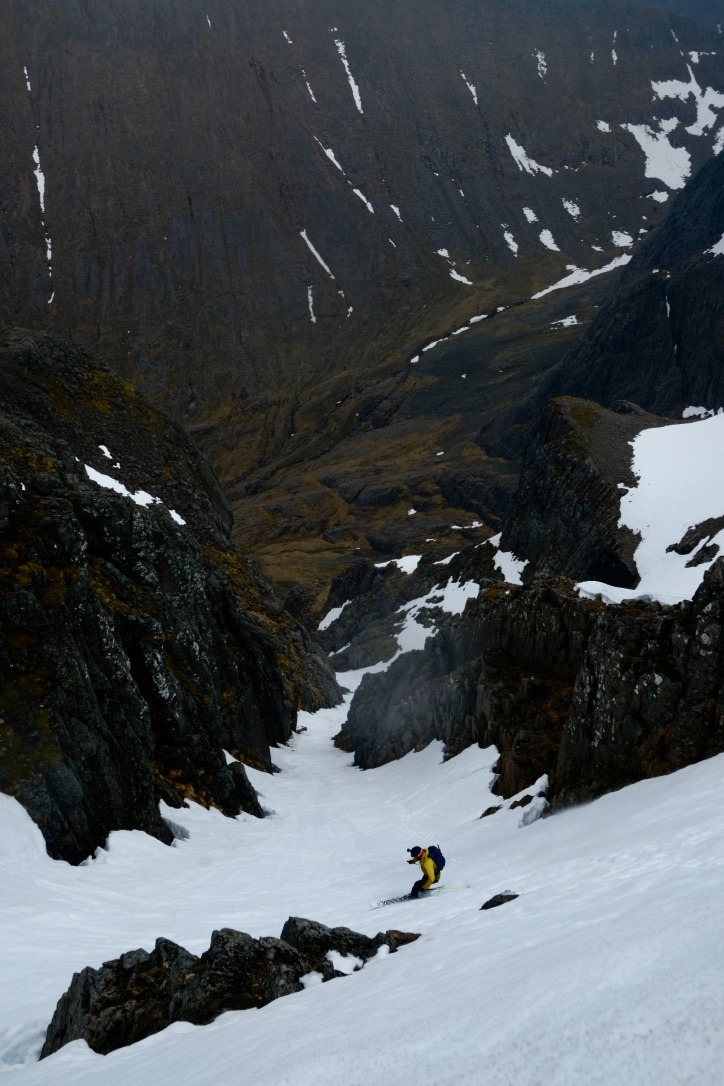 We arrived back at the hut looking like members of the Inverness Backcountry Swimming Club. But again the hut provided. That excellent drying room had our kit steaming all afternoon while we relaxed and watched the rain pour off the mountain. Poor old Alasdair had to trudge out in the rain and head off to wedding. But we laid back poured beer and got out the cards. A leisurely meal of very tasty chicken fajitas followed curtesy of Rachel. Then more beer more whiskey and more tales of past trips. After all as Sartre pointed out ‘for an occurrence to become an adventure, it is necessary and sufficient for one to recount it.’

With our bellies and hearts full we drifted off to sleep with the rain sound of rain hitting the roof. 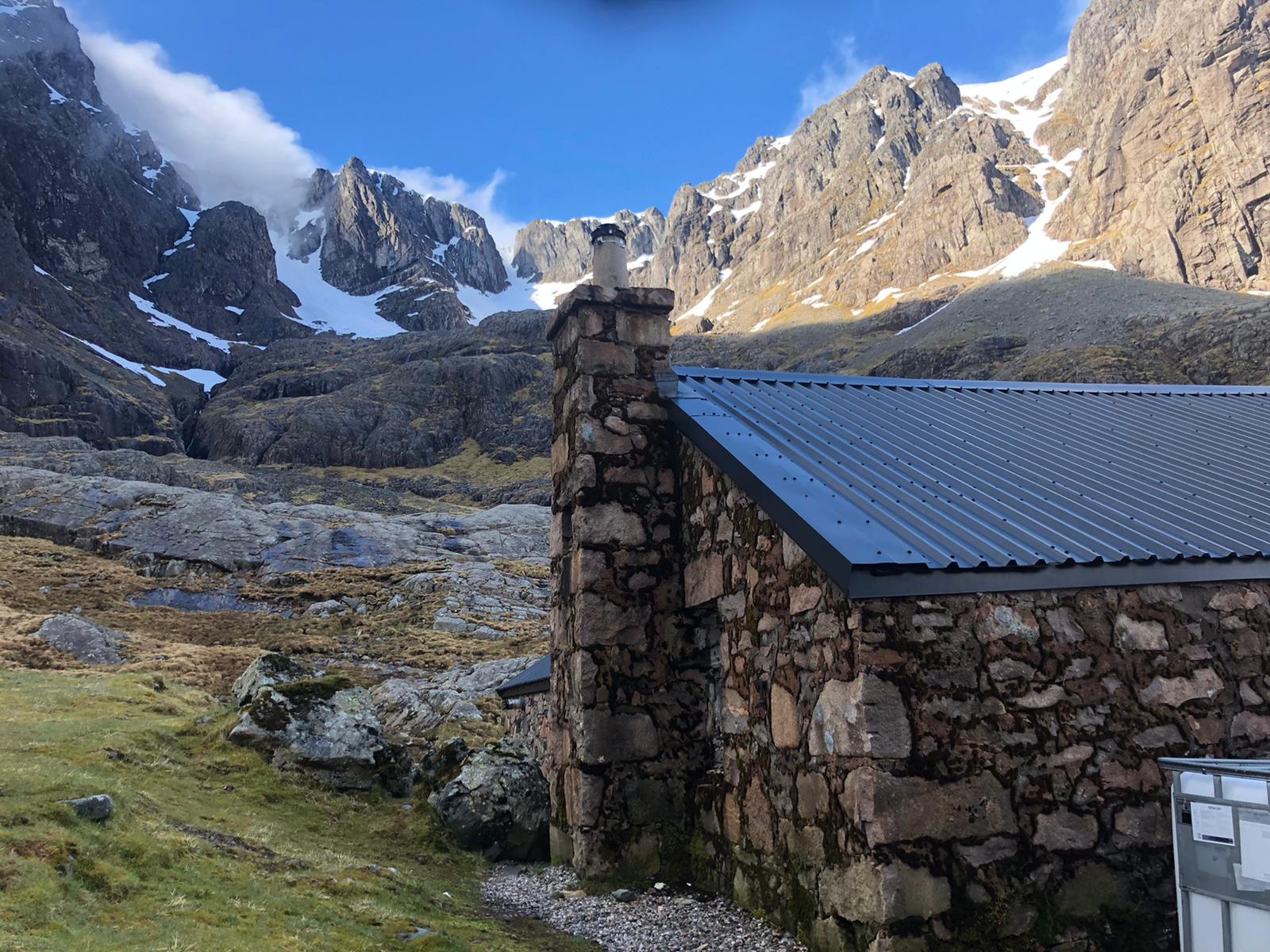 First light however brought not rain but a clear summit. Putting on our now warm and dry kit we headed up observatory gully for a descent through that cathedral of coires. We decided against hitting tower gully itself enjoying instead carving up the debris below. Graeme took this somewhat more literally as he cut through boulders on the snow sending them bouncing around him. It’s hard recount just how thrilling it is, you have to the ski the Ben to know what a special place the North Face is. 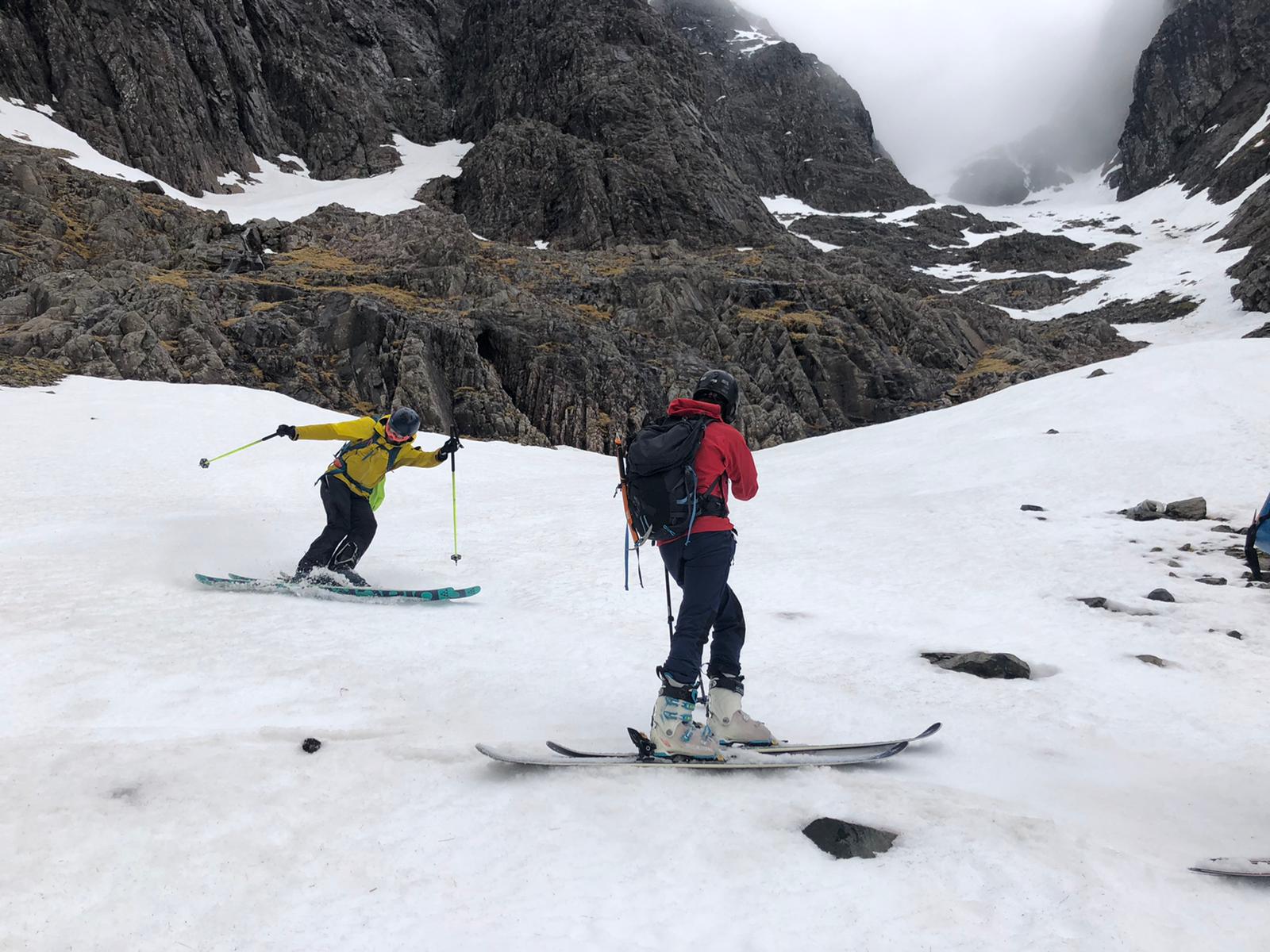 Heading back, we enjoyed eating the last of our supplies and then strolled back down the hill to the cars concluding that it had been a truly excellent weekend, and that it was only tainted by that fact that we couldn’t share it with more club members.
The Ben never disappoints, see you all next year