By Mike Cawthorne: It was only the promise of a fine day that inspired Troy and myself to rise at an unearthly hour and attempt a tour of the Cairngorms’ four highest tops, a Scottish ski classic. Fortified by Troy’s massive fry-up we skinned the icy pistes of Coire Cas, past a few early boarders to a scoured and deserted Cairn Gorm summit.

After the narrow corridors here was the freedom of the plateau, the snows shadowed and faintly sunlit and the far crown of Macdui rising like a nanatuk from the Arctic. A short ski carry to reach the snowfields then we skinned as direct a line as we could manage, the snow frozen smooth or set in sastrugri, the unblemished white broken only by a jogger then a lone walker who would have their feet up long before we were even half-way. 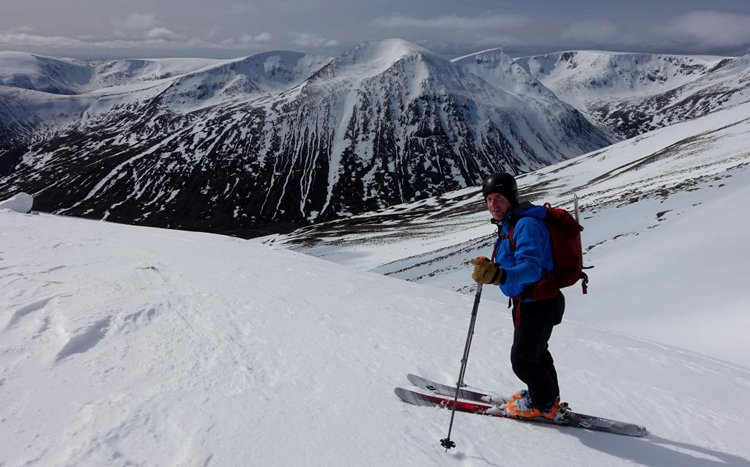 On Macdui the clould lifted just enough for us to survey the peaks and terrain we’d yet to cover – Braeriach, Angel’s Peak, Cairn Toul then across the Moine Mhòr to Glen Feshie – and when we told the Irish lads at the summit they thought us a wee bit mad. Committing to the Four Tops happens when you point your skis southwest and swing past the outcrops and drop into Tailors. A fantastic run on sun-softened snow that curled and narrowed until tipping us onto heather still some way from the Lairig’s floor. 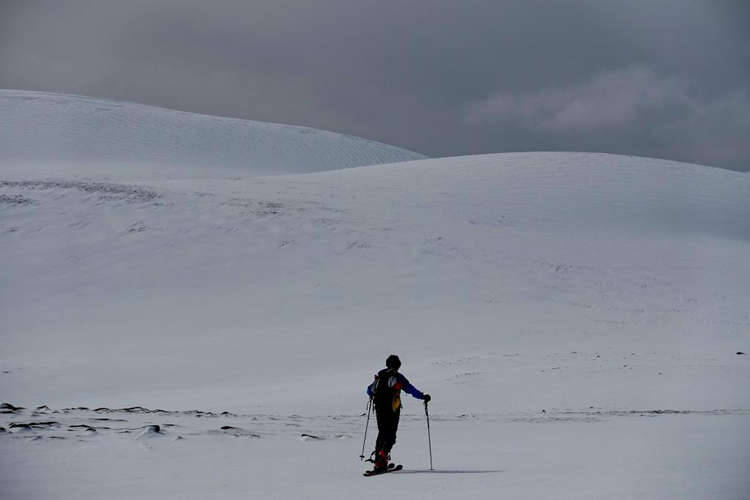 Hot work footing up the Lairig Ghru lugging skis, hotter still cutting over the lower moraines of Garbh Choire and applying skins and tolling slowly the way to Braeriach in great zig zags, all in the baking sun. The afternoon was slipping away. Both stretched out in the recovery position on Braeriach summit, I barely noticed it was sub-zero again and now cloud floated about the Cairngorm tops and the light grew flat. Angel’s Peak and Cairn Toul would have to wait another day. 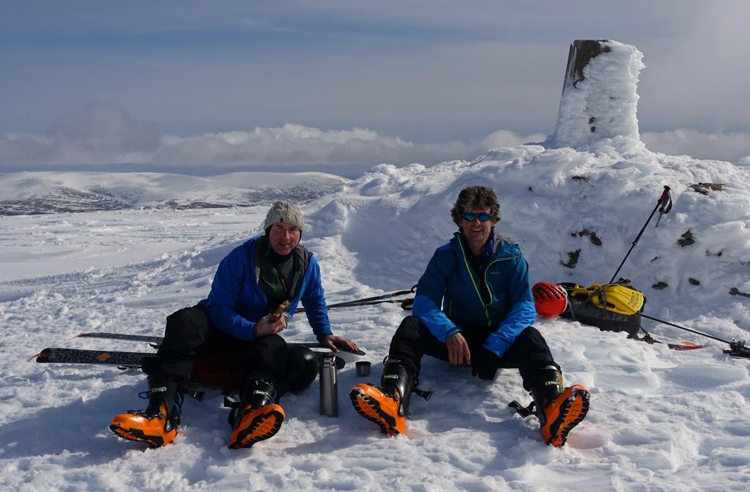 We needed to get out. We rattled over the now-frozen snow of the plateau and skinned the slight incline to Càrn na Ciche then two kilometres of laboured turns to the Moine Mhòr, a shame for with fresh legs this is a wonderful descent in a remote setting. The white disc of the sun appeared again but was rapidly setting. Troy broke trail over the great white cloth of the Moine and we went due west with the sun. Reaching the hillcrest a little south of Càrn Bàn Mòr, we paused only to remove our skins. The hills to west flickered crimson then darkened. 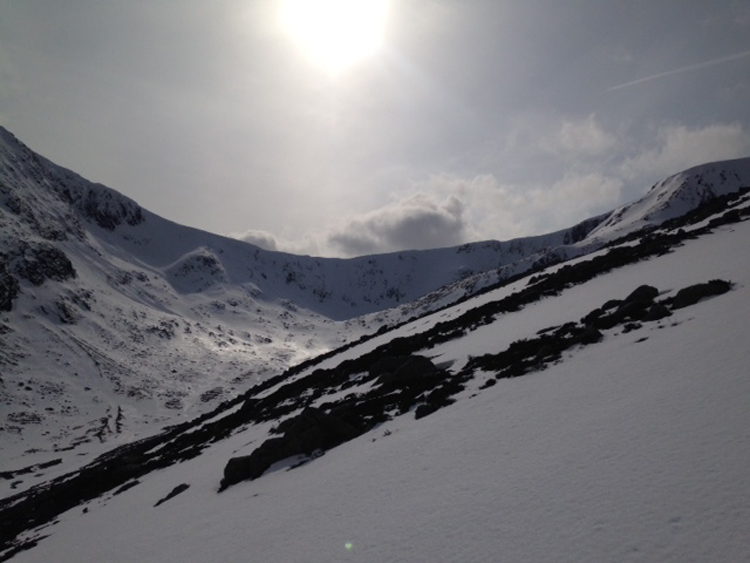 We plunged into Coire Gorm and forged some of our best turns of the day, my third or fourth wind, I’d lost count, and a final dark and torchless thrash through knee-length heather to Achlean, where Troy’s wife, Fiona, with infinite patience was waiting. Nearly thirteen hours and we only managed three tops. Now that must be a record.