By Donald Morris. Our plan to do the Four Cairn Gorm tops did not come to fruition. This mega classic may have to wait until next season. Or will it….

I am really bad for making decisions and was waiting for a critical mass of people to pull out meaning I wouldn’t have to get out my scratcher on the Sunday morning. About 60% of the party did pull out the night before but a hardcore was left which meant that I would not get a long lie.

As it turned out, I did get a long lie and was able to indulge in textual comms from the comfort of my pit. Rose had already rendezvoused with the wind in Coire Cas and reported good snow. Myself and Graham therefore committed to meeting up at the crack of 1pm.

We skinned up the side of the Fiacaill piste and towards the col between Coire Cas and Coire an t-Sneachda. As expected, the western facing slopes were scoured and we needed to walk a short distance (200m) to get to the snow again just near the large moraine in the coire. 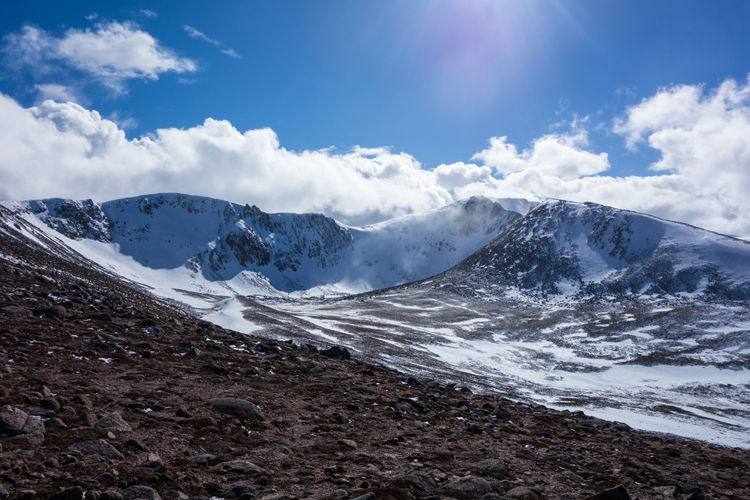 It was quite satisfying to be the only skiers in the coire and we continued past a tent to the bottom of the slope below the Mess of Pottage. Despite the conditions looking quite good, no one was climbing on the usual routes such as The Message (IV,6), Hidden Chimney (III,5) or even the trade route Invernookie (III,4). You know it’s quiet when there is no one on these routes. 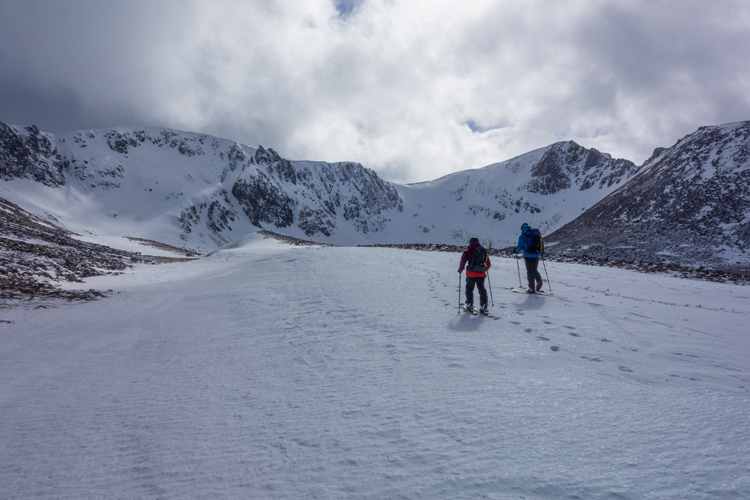 We alloted to skin up the slope to the east of the Mess of Pottage. I have skied down this various times and it’s usually the best slope of the coire. This time it was variable with the steeper sections being hard and quite icy.

About half way up we encountered two people descending on foot, well equipped with axes and crampons. I had no crampons or ski crampons with me and each kick turn was becoming more committing on the 35 degree slope. I am currently working out how to modify Black Diamond crampons for my NTN bindings. It might work.

Having worked in Gaelic development for many years, my ears are finely tuned to listen out for the language. Cutting to the chase, it’s not “snekta” no matter how certain the person telling you is or how well qualified they are. You can listen to a pronunciation here. I have to confess some frustration at the level of understanding exhibited by mountaineering professionals on this issue. If we were skiing in the Bernese Oberland, Lofoten or Gulmarg, people would rightly make the effort. The same would be good at home. It adds a lot to the day. National Mountain centre take note!

All three of us decided to de-skin in various locations. I was glad of my axe and quite nervous about having to commit to putting my skis back on as a slip would not have ended well. Luckily I managed to do it. Later that evening I found myself looking much more closely at my ski crampons. 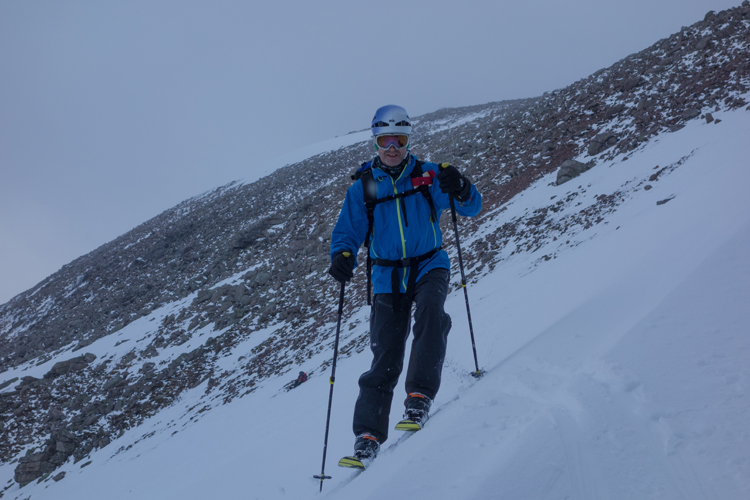 The descent was good and on pretty good snow. We skied a long way out of the coire and were only about 25 minutes walk from the car park when we took our skis off. Part of the entertainment was crossing the snow bridges over the burns that immediately collapsed after passing over them. 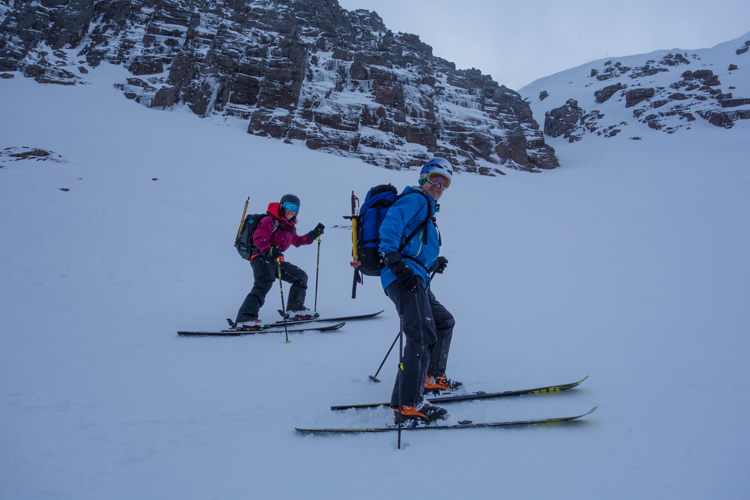 We met up with the other members on the ski mountaineering course and repaired to the Pine Marten Bar at Glenmore where no hot drinks are available to purchase. Ginger all round.