“They were skiing here last week, down to the tree level”. Once Kev had said that, I couldn’t quite get it out of my head. But sadly for us, the promising prospect of snow, that was there at the time of booking, had melted away in the unseasonably warm breezes of the last week. The other thing that I couldn’t quite get out of my head, was that if warmer winters might mean more snowless club trips, then perhaps IBSC might need a rebrand. Here’s some candidate acronyms, on the evidence of this weekend: the Inverness Bicycle Substitute Club; or the Inverness Bunkhouse Supper Club; or maybe just the Inverness Boozy Social Club.

Anyway – who said you need snow to have a good weekend?! For all of us there was some sense of novelty, excitement and perhaps some trepidation in just being away again on a club trip – this the club’s first overnight trip since those happy, innocent days of a lifetime ago, before the pandemic. Now vaccine certificates and lateral flow tests, are just another obstacle to add to the pre-departure preparations. 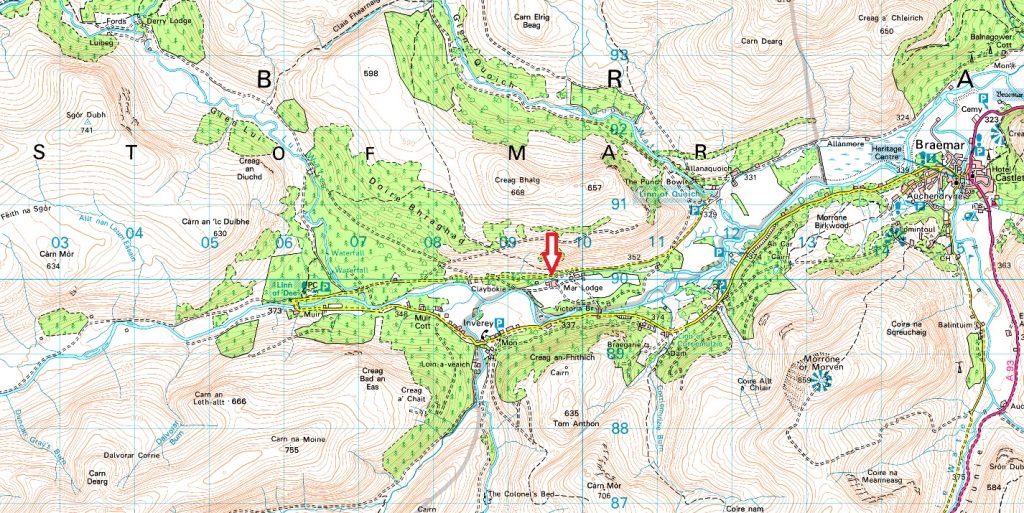 And once the preparations were done, the only other obstacle that had to be overcome, was to actually find the Mar Lodge bunkhouse. Closed roads, poorly signed diversions, bridges under repair, and some rather vague directions, just helped to build that sense of adventure. But the team did all finally make it by about 10pm on Friday, and were rewarded with a fine cake, baked by Susan, for Simon’s birthday! 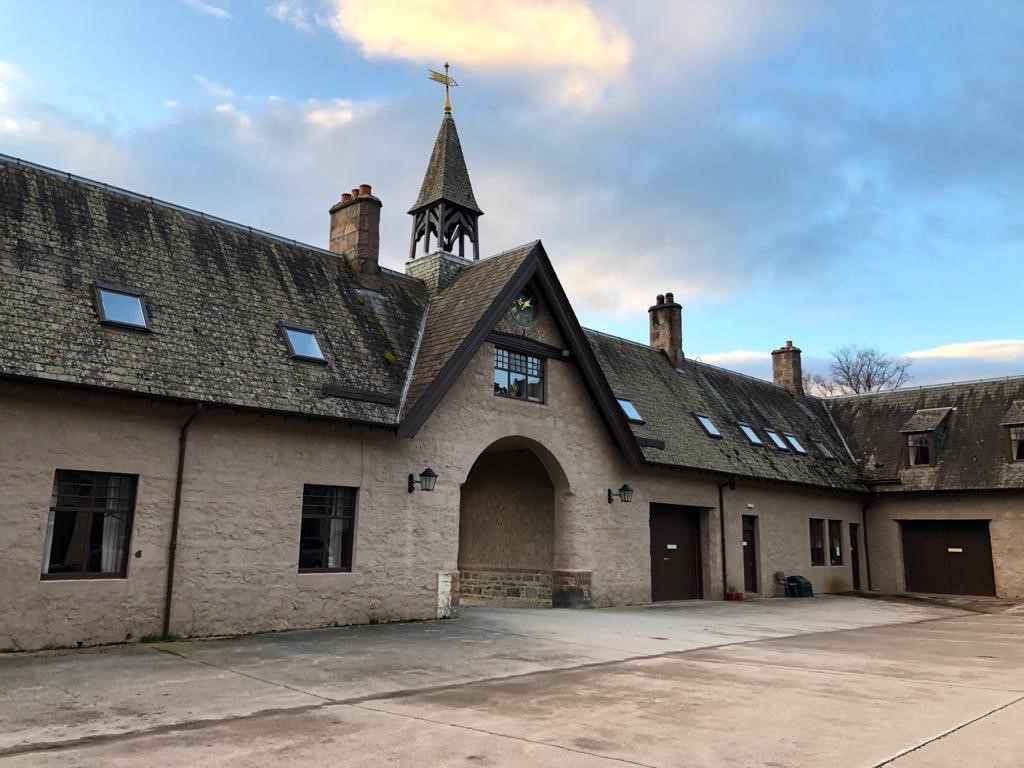 And whilst it was disappointing to not have snow, it was a relief to have no rain. On Saturday Simon and Holly headed south to cover the Glenshee Munros. Kev, Fee and Rose set off on foot from the bunkhouse, shortly followed on bikes by Al, Lisa, Mel, Archie, Alastair, and Tristan. The first few miles up Glen Quoich was through magical regenerating woods of Scot’s pine. As we got further up the glen some possible ski lines became visible on the back of Beinn a’Bhùird, but it would have been a dedicated skier indeed to take on such a long carry for a shortish ski. 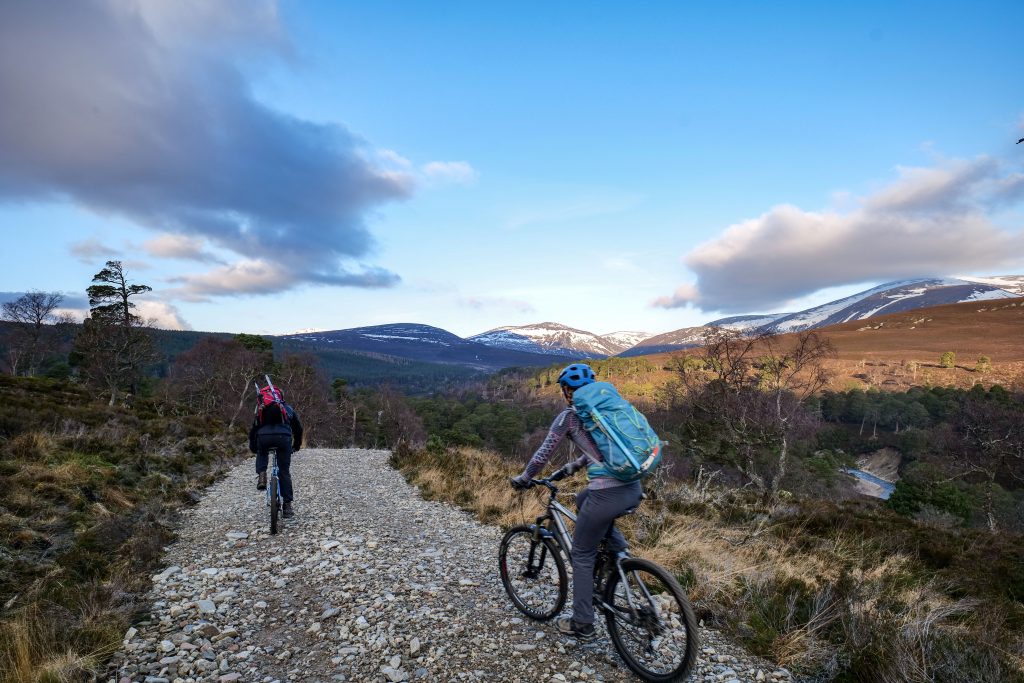 The cyclists and the walkers regrouped by the time that the bikes were abandoned before the climb onto Beinn Bhreac. The climb was mostly free of snow, with the ground only frozen near the top. We enjoyed good visibility all day, with great views from the summit, which sadly was not the case for nearby Simon and Holly. 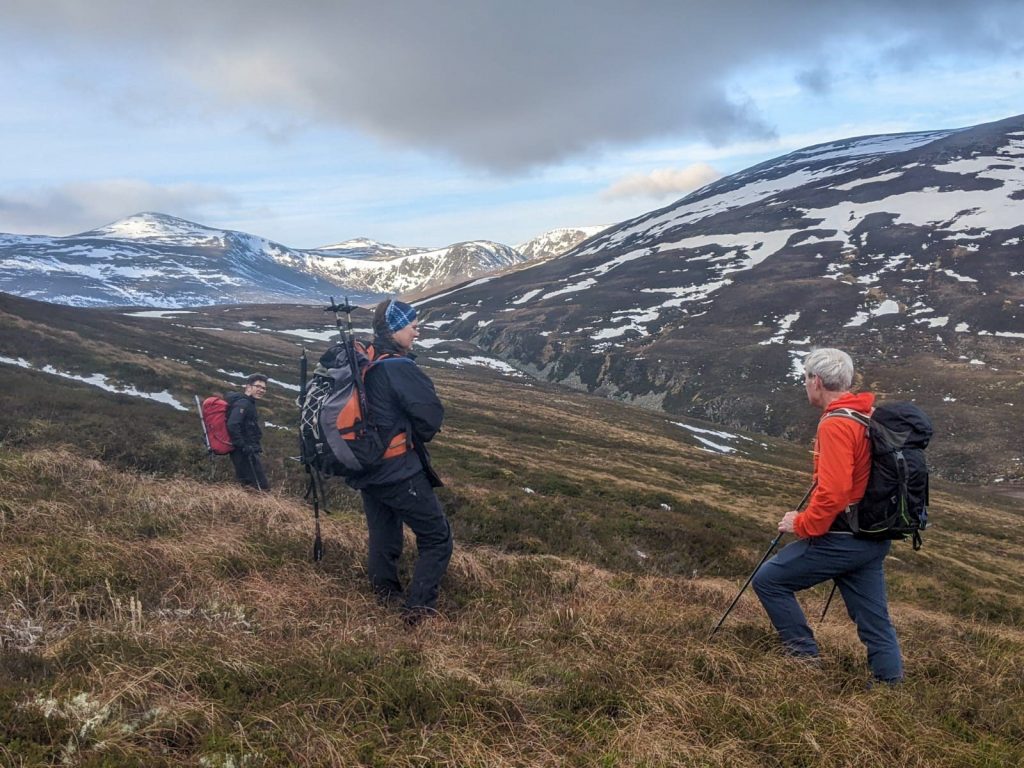 Dinner was a delight. No sign of Veganuary or the New Year diet. Just fine curry, chilli and salsa, followed by spectacular Pavlova and tiramisu(although the less said the better about the sticky toffee pudding). 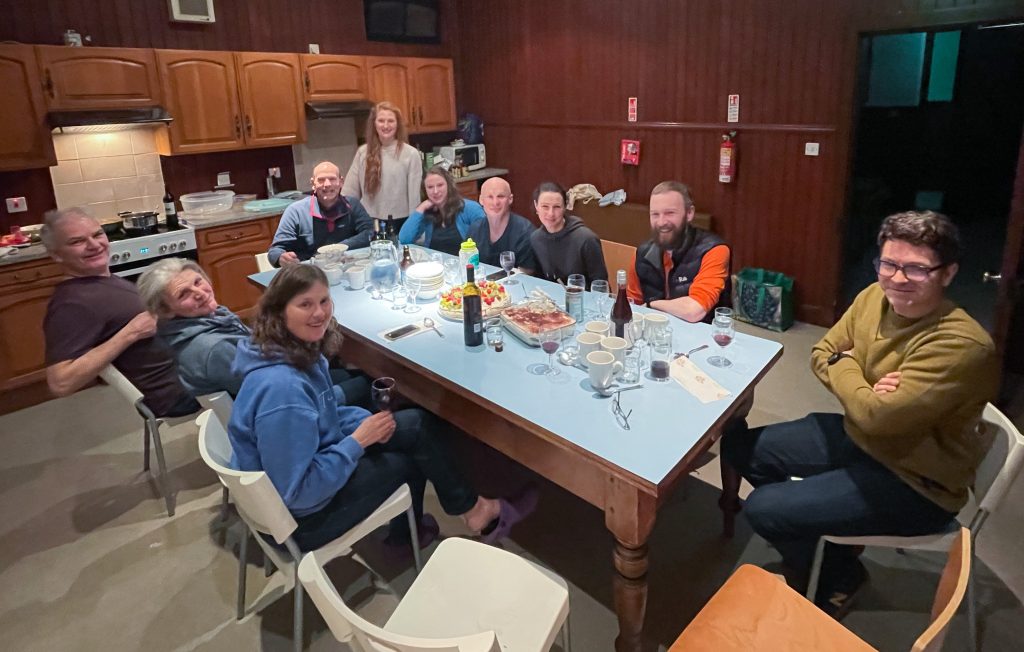 And if only every Saturday evening ended with a whisky selection as fine as that. Surprisingly though, no guitar emerged from the guitar case that had been spotted. Maybe we need more whisky next time. 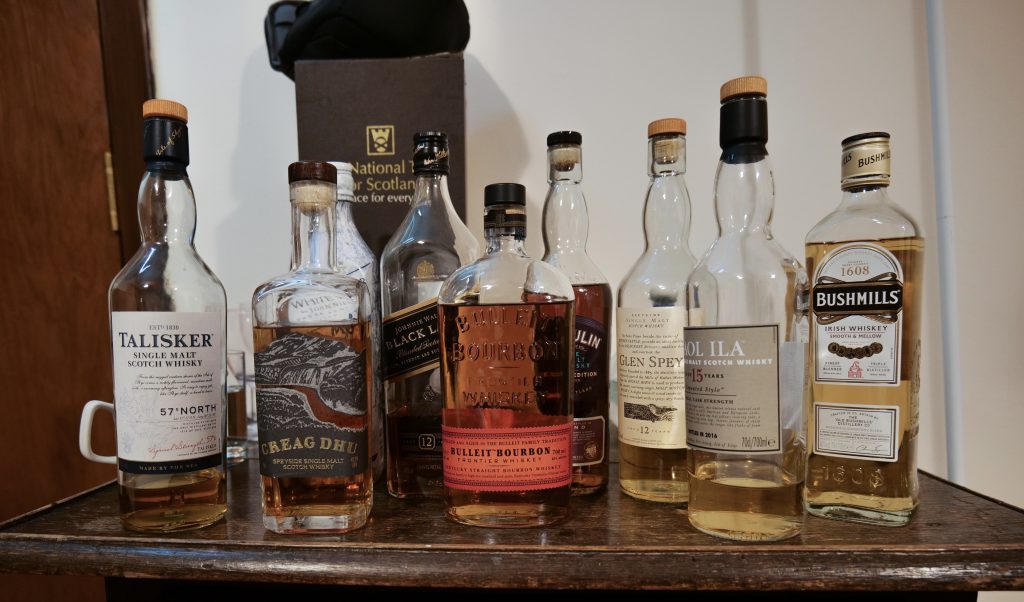 There were no alpine starts on Sunday morning. Just a pretty leisurely breakfast at which more and more bacon, sausages and eggs kept appearing (perhaps that was what was in the guitar case?). Lochnagar was our target for the day. Judging from the car park at the Spittal of Glen Muick, it was also a lot of other people’s target. Kev and Fee made a fast ascent but the rest us of turned back at about 1,000m, after getting a view down into the partly frozen corrie, as the bitter wind was threatening to blow us off our feet and was forecast to increase further. 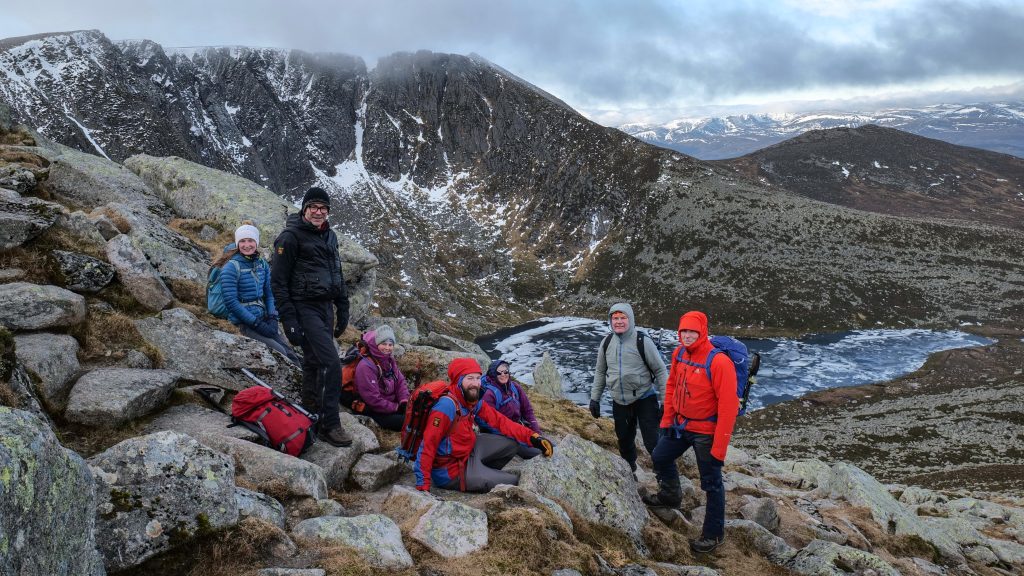 Thanks to Al and the IBSC committee for all the organisation for the weekend. Mar Lodge bunkhouse was a fantastic venue. I just hope I’m lucky to be back here one day when the hills are covered in snow.