By Mike Cawethorn (Pictures: Helen Rennie). On a dark frosty morning you couldn’t have missed the dozen or so folk in the corner of the Inverness carpark, all brightly attired like some travelling troupe of dancers. Or a bunch of backcountry ski enthusiasts. Members became re-acquainted, some new faces introduced themselves, and in that generous spirit folk offered their vehicles for the conveyance of all to our destination in the arboreal wilds of Feshie, at a pull-off a few kilometres short of Achlean. Here we were joined by a handful of other members and in twos and threes and with skis attached like antennas we eased up through native Caledonian Pine to the open moor. 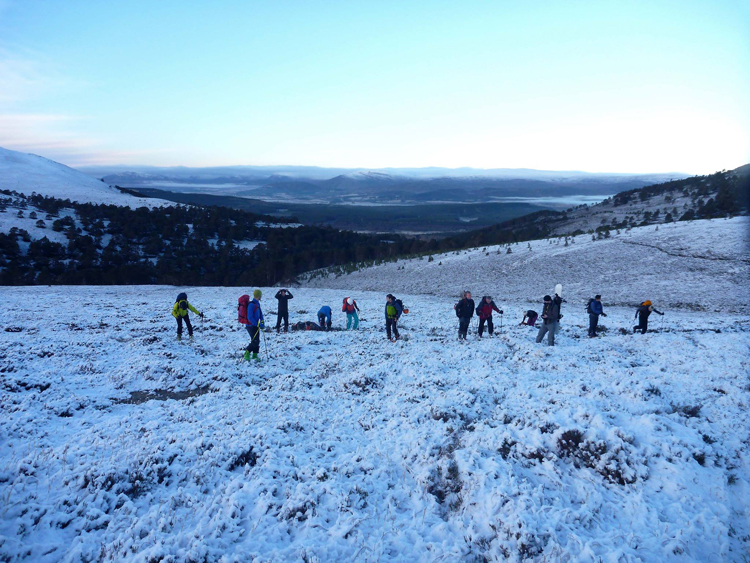 The glen was locked in frost but it was the promise of good snow higher up that had lured us here. At about the 500 metre level we donned skins, left the path and headed in the general direction of Coire na Cloiche. To be honest the skinning was marginal. The tall straggly heather held just a few inches of powdery snow and avoiding each others’ tramlines was the order of the day. Only sheer zeal got and us up that first bit. 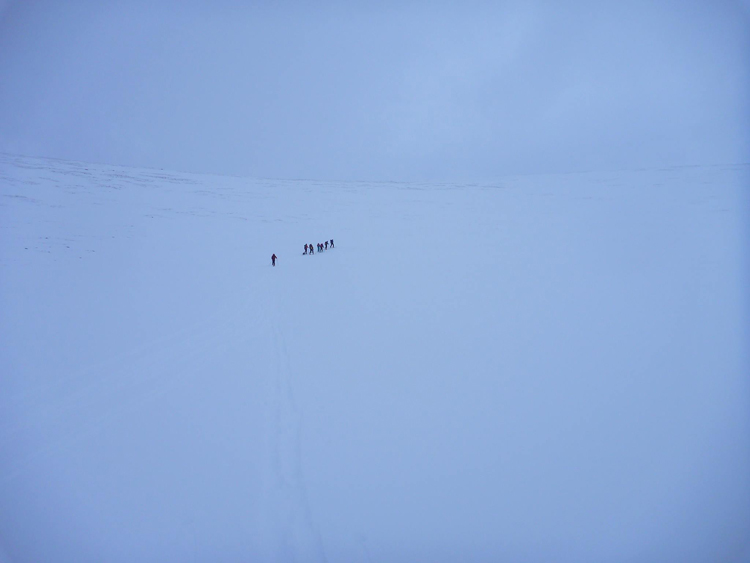 As we pulled to Meall Buidhe the bright morning had given way to cloud and a snow-blowing wind but at least the rock count was less. Realizing no shelter was to be had anywhere for lunch we simply bunched up and turned our backs on the weather in the manner of a group of Arctic muskox. The similarity ended when one of our number pulled a fancy stove from his sac and brewed a mug of coffee, not something I’ve even seen muskox do. Batteries recharged – or was it that everyone’s hands were beginning to freeze – and with renewed enthusiasm we skinned the kilometre or so to Sgorr Gaoith and all gathered and prepared for an amazing descent. In near white-out I for one felt pretty rusty making my first turns of the season, edges clipping the odd lump of hidden granite and struggling with variable windslab. But there was some impressive technique on show. 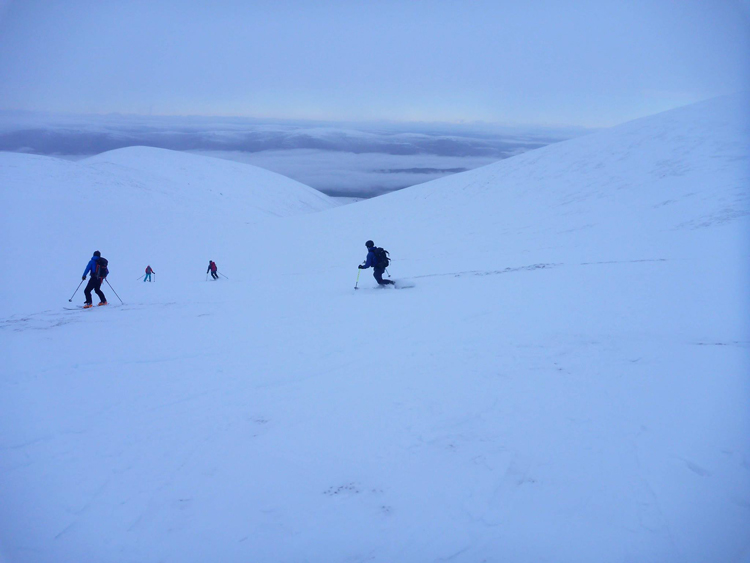 While three of the party retraced their tracks to Meall Buidhe the rest chased a brilliant run into Coire Allt a’ Mharacaidh, a great ski on the best snow on the mountain and well worth the additional skin up. Then it was every man and women for themselves in the final descent, skirting rocks and ditches and floating over heather in great thigh-burning switchbacks each terminated by kick turn and shuffle and many a flounder. Scottish off-piste at its absolute best. Only one member managed to reach the path with her feet still attached to her skis, and she is famous for such antics. All in all a great first day’s skiing. 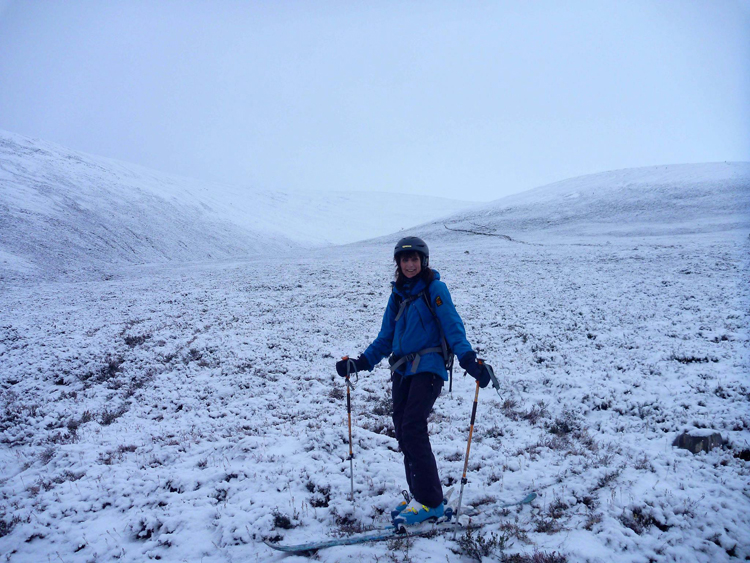 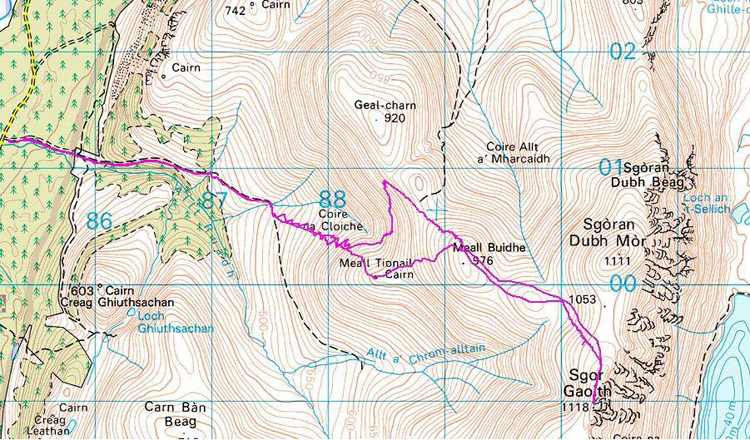