By Mike Cawthorne. I will admit the forecast wasn’t promising, so when Martyn and myself rolled up at Chisolm’s Bridge, Glen Affric, I was pleasantly surprised to see so many members in various states of readiness.

As we packed the talk was all about route choice, snow conditions, fancy new gear, and whether that igloo Andy and Graham built weeks before would still be standing and give shelter for lunch. Plenty of short straws were packed as well because we were certainly not all going to fit into it. 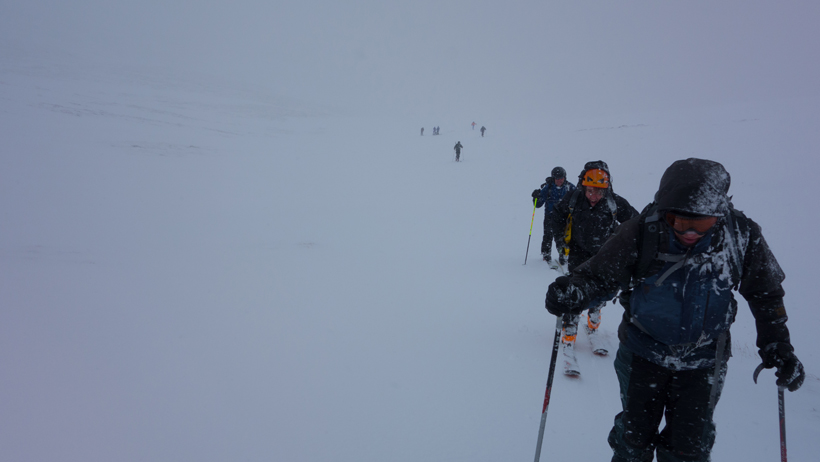 With skis attached to our sacs we set out along the track with the eventual hope of reaching Toll Creagach. Falling snow drove at us from the down the glen in wet and tactile flakes. Just a passing shower, the optimists among us said. We clomped along in ski boots, heads bowed, and wondering whose idea this madness was. Maybe after a couple of kilometres the drifts seem sufficiently joined for us to don our skis, but it was marginal as we scraped over heather and through burns and sunk a little in the peat.

Then a little east of Allt Toll Easa a broad snow-filled hollow lured us uphill. At least now it was colder and the horizontal snow merely bounced from us. It could only get better. One reason why Toll Creagach is always on the IBSC calendar, beyond it providing a great ski run and its relative ease of access, is a perception that the hill gives shelter from the west. It’s all to do with that wall of hills, the likes of Càrn Eige, Mam Sodhail, and even the shielding arm of Tom a’ Choinich. Home-spun meteorology and wishful thinking maybe but it had gotten us to this featureless hill-side in a white-out. Anyway it was time for lunch. Where did Andy say his igloo was? No igloo here so we all started digging. At least the labour thoroughly warmed us and in fifteen minutes we’d constructed a decent wind-break long enough for ten backcountry picnickers and we drank from our thermoses as snow rattled overhead at a safe distance. 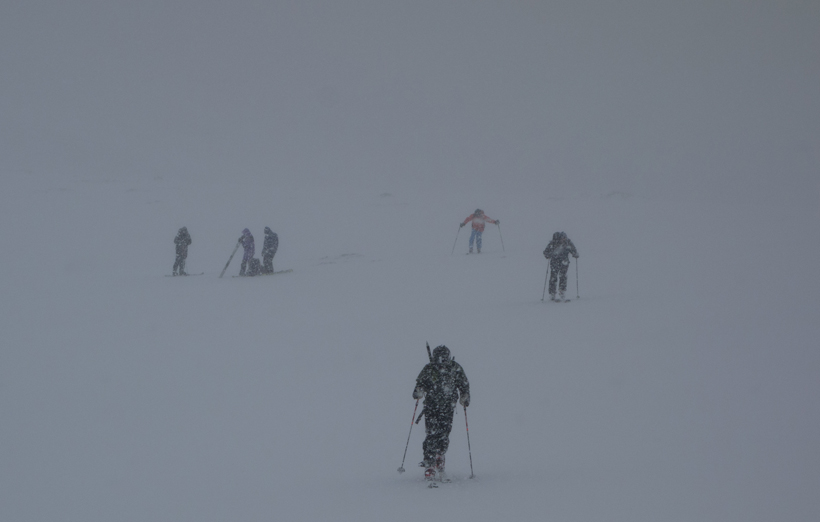 At least the snow had eased as we clipped into skis again and pushed on for the summit ridge, now only spindrift to contend with. A few of the party turned around before the top. Donald, Martyn and Co reached a wind-scoured place where we could hardly stand, then right on cue, as usually happens on IBSC days, the wind dropped a tad, a half sun appeared and the snow became all gleaming and shadowed, and it looked blinking perfect. It was.

A few inches of fresh on an old hard base and even those of us with rusty technique were whooping as we carved big meanders or went coiling out of sight down steeper lines. Exhibition stuff all the way to the valley, well almost. 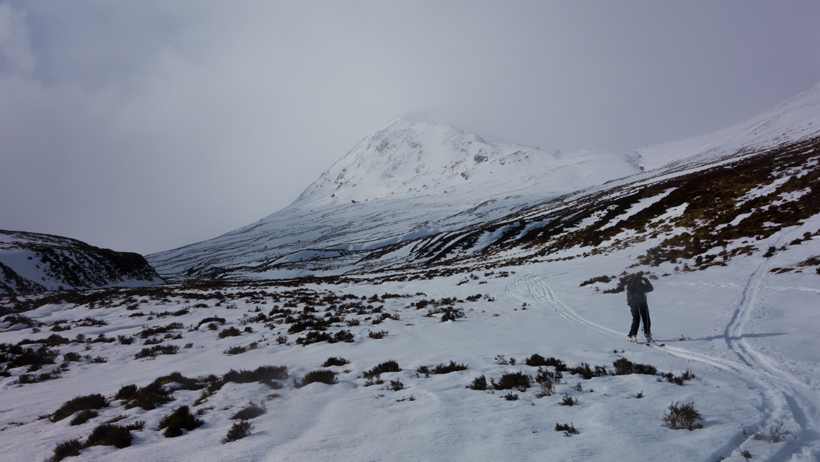 The weather closed in for the walk out but the wet flakes were now thudding against our backs and we could trundle along upright and hold a conversation. The talk now about where we would stop for a beverage. The Slater’s Arms in Cannich and we reflected on a fine day and probably the best ski run we’d had all winter. 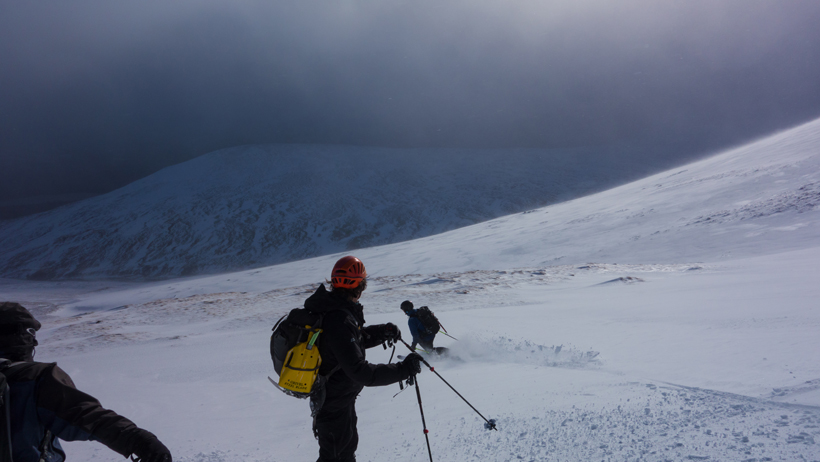 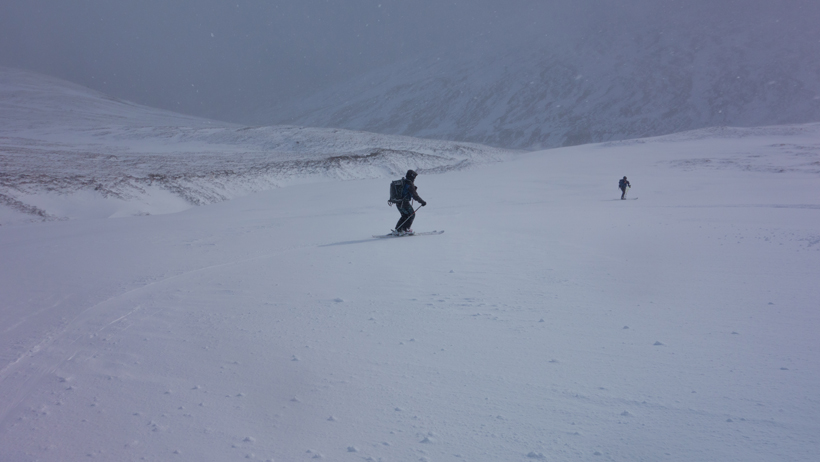