By Simon Jacyna. For the first trip of the new year, 15 or so members, many new to the club, assembled in the dark at the Tesco car-park. Introductions were made but these all had to be repeated a couple of hours later when we finally got some daylight. A short drive up to the car-park and we were on the path not long after eight.

On the western side there was a worrying absence of snow and spirits sunk a little as we continued to climb An Cabar into the wind, cloud and drizzle with only a little slushy snow underfoot. 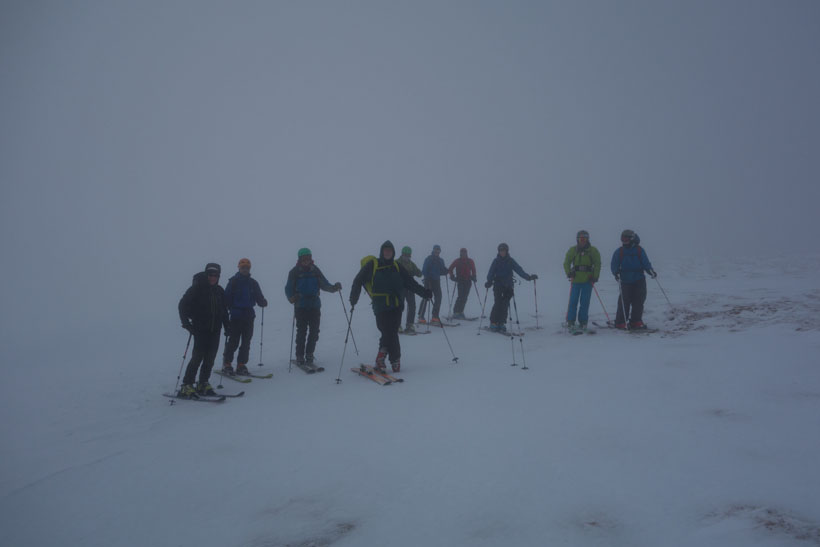 However, we reached the summit in good time to see large expanses of deep snow stretching away into the mist below us on the east facing slopes. At last, after about two hours, we could finally put the skis on. A quick check of the map and we split into two groups. 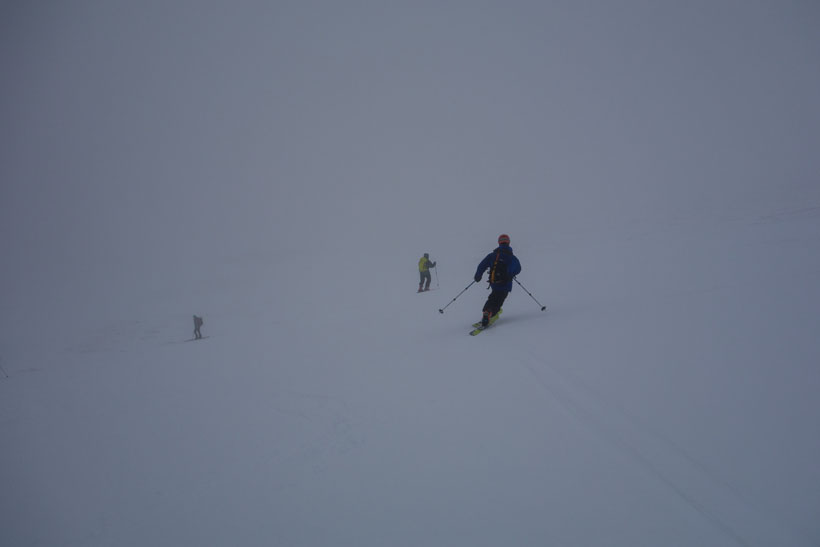 The smaller party headed northwards and, skirting the large cornice, dropped into Coire na Feola for a fast run on good snow. The rest of us went up the ridge a little and dropped into the Coire na Feithe Riabaich. 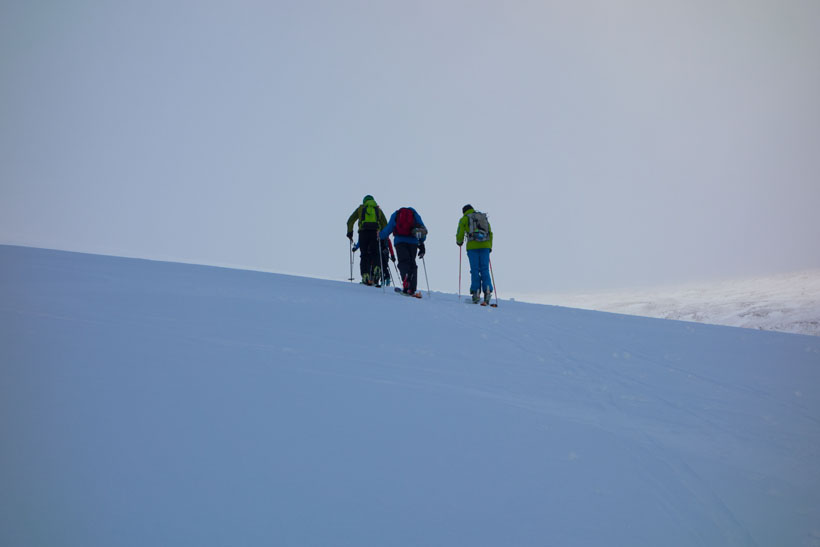 Lovely firm snow with a dusting of fresh powder, spirits rose rapidly, and we were quickly whooping and swooping, turning, telemarking and tumbling for a run of over a mile. The cloud broke lower down giving us good views of the Moray Firth. 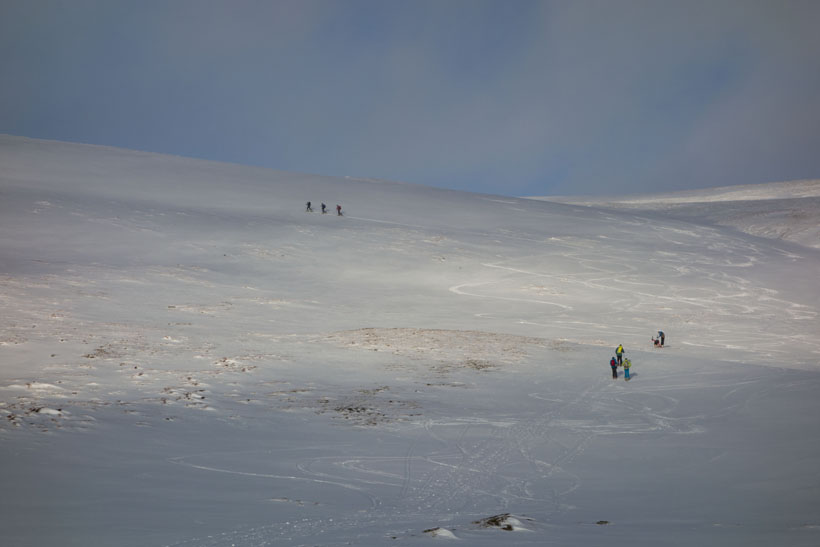 Skins back on and it was back to the top for a second run. By now the cloud was lifting and the wind easing as we skinned back towards An Cabar for the final run of the day. This gave us a very fast & steep run down the SE face, with a couple more tumbles, but it was over too soon.

Skis off, a long drop to the valley floor and then the walk back out with packs somehow getting heavier and heavier but with excellent views to the west in the clear air. We were back to the cars after about 7.5 hours, nine miles and about 1,200m of ascent. 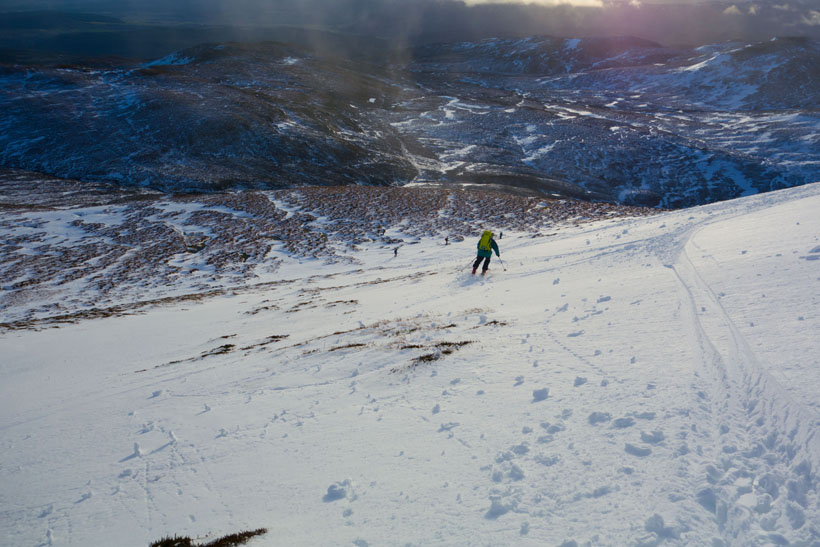 There’s nothing like having a date in the diary to provide the motivation to get out on the hills on a day when one’s first instinct is to have a lie in. From an unpromising start the day just got better and better and provided ample reward for having to get up at 5 a.m! 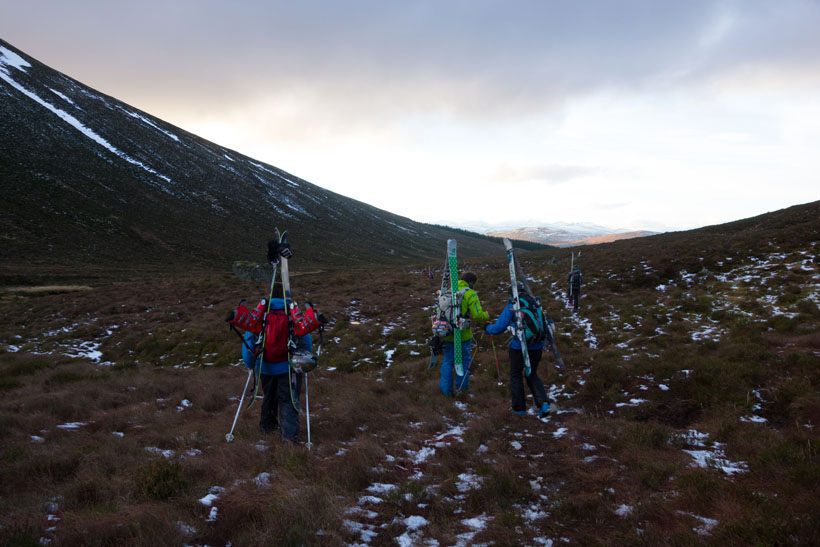 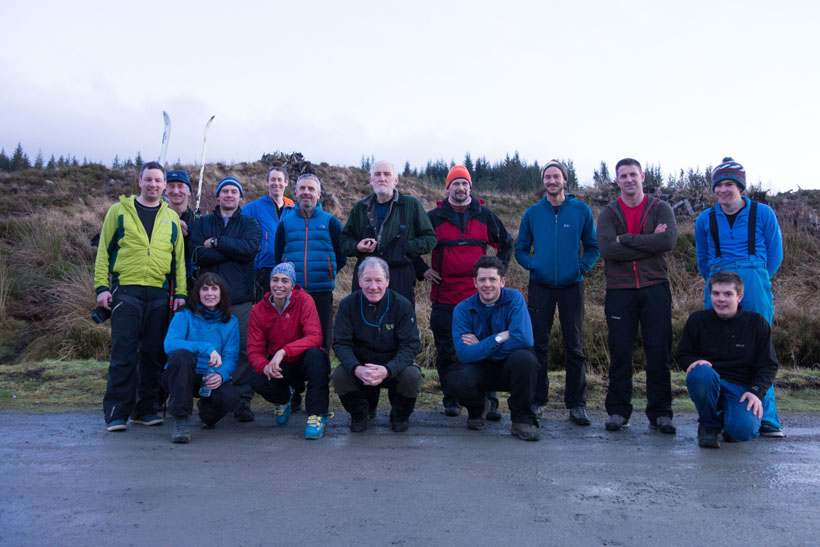