“Basecamp Sneachda” didn’t go ahead due to lack of snow so we instead took an chance to go to the Grey Corries and ski some of the snow there. Personally I didn’t expect such a  beasting so I was delighted to find myself sweating my way up a steep slope with no snow in sight!

We had driven to the furthest point you can get to without smashing gates down and sauntered up through the trees to the point we could break onto the hill proper. This is where the beasting started as there is no easy way to avoid major exertion when carrying skis and boots. The boots really add to the load.

Once we actually reached the snow, which was at about 750 metres, we donned skis and headed up the north slope of Stob Coire Gaibhre. The sharp rocks were in evidence and ready to rip any skins to shreds that came into contact. 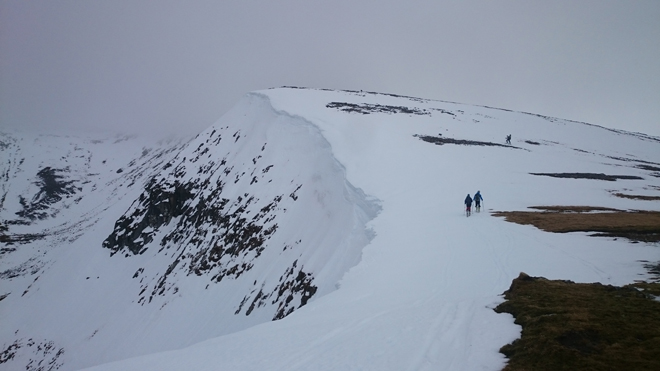 Stob Coire Claurigh has some excellent ski corries but they require an earlier start that we had planned so will have to wait for another day. The dog did explore to the east and reported excellent snow conditions. 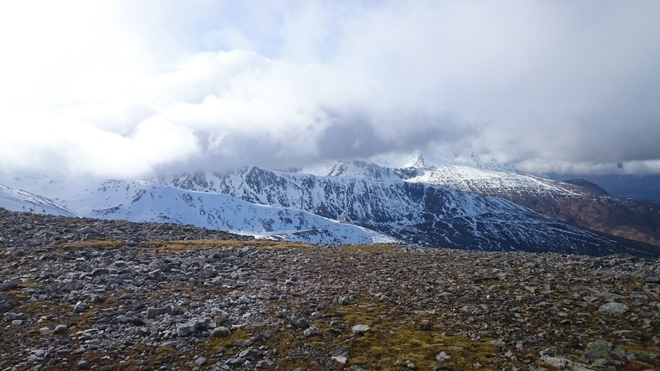 Most of the party had summit fever and wanted to get to the top of the Munro even if it meant leaving skis slightly lower down. The views were excellent as they have been most of the season due to the stable weather. Tìr nam Beann indeed. 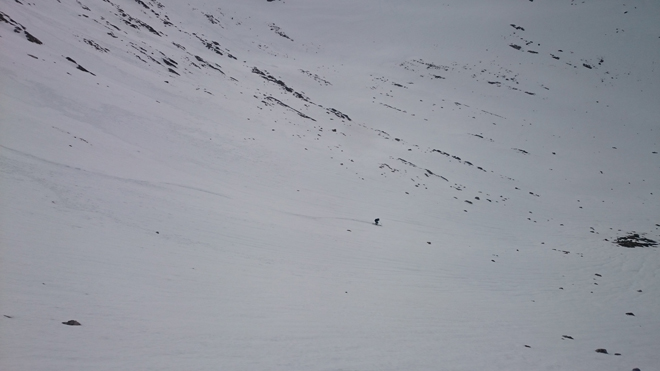 We got about 300 metres of descent which you might laugh at but in this truly poor season, is not to be missed. It’s about being out on the hill though isn’t it? 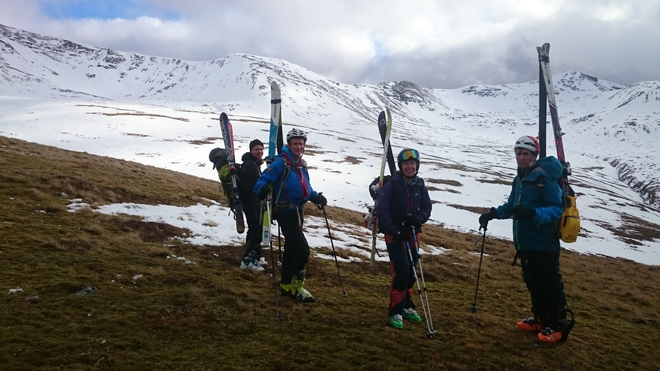